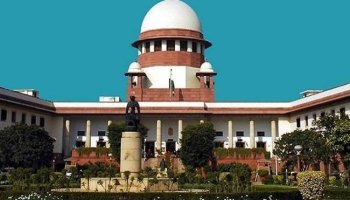 In a major development in Loan EMI Moratorium matter, the Supreme Court has directed the government to ensure that all steps be taken to implement its decision to forego interest on 8 specified categories of loans paid upto Rs 2 crore in view of the coronavirus pandemic. A bench headed by Justice Ashok Bhushan said the COVID-19 pandemic has not only caused serious threat to the health of the people but has also cast its shadow on the economic growth of the country as well as other countries in the entire world.

“Due to lockdown imposed by the Government of India in exercise of powers under the Disaster Management Act, 2005, there can be no denial that most of the businesses including private sector as well as public sector has been adversely affected. “For several months, large number of industries were not allowed to function and exemptions were granted only to few of the industries to run and carry on its activities, which were found essential and necessary in the fact situation,” the bench, also comprising Justices R S Reddy and M R Shah, said. Although, gradually, due to Unlock- 1, 2 and 3, the industries and other business activities have been restored and the economy of the country is on track, although at a slow pace, it said.

The apex court noted that moratorium period as granted by the Reserve Bank of India have continued from March 3 to August 31 for the period of six months. It noted the submission of Solicitor General Tushar Mehta that measures taken by the Centre in exercise of jurisdiction under the Disaster Management Act, 2005 to mitigate the hardships and miseries of few sectors.

“We dispose of the present writ petition with directions to the respondents to ensure that all steps be taken to implement the decision… so that benefit as contemplated by the Government of India percolates to those for whom financial benefits have been envisaged and extended,” it said.

The top court’s judgement came on a PIL filed by Agra resident Gajendra Sharma seeking directions to declare the notification dated March 27, 2020 issued by Reserve Bank of India as ultra vires to the extent it charges interest on the loan amount during the moratorium period.

The RBI had on March 27 issued the circular which allowed lending institutions to grant a moratorium on payment of instalments of term loans falling due between March 1, 2020, and May 31, 2020, due to the pandemic. Later, the moratorium was extended till August 31 this year. The pleas pertained to charging of interest on interest by banks on EMIs which have not been paid by borrowers after availing the loan moratorium scheme of RBI during March 1 to August 31.