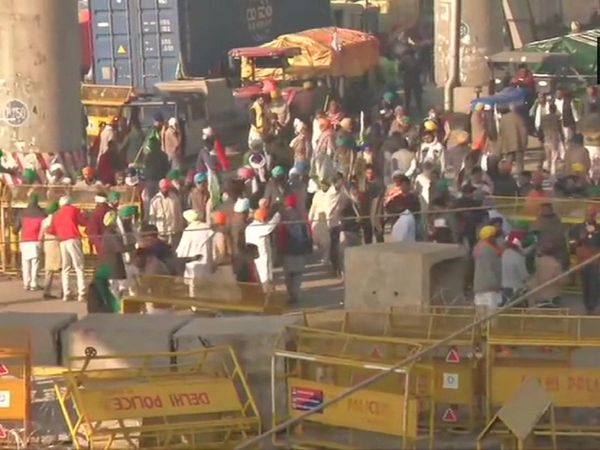 In the wake of the ongoing protests by farmers, long queues of vehicles choked the roads in parts of the national capital on Monday. The Delhi Traffic Police posted a tweet early in the morning today which said that both Singhu and Tikri borders, where these farmers are protesting, are closed for any traffic movement.

On Monday, too both the border points at Singhu and Tikri remained closed with the farmers rejecting the Centre’s offer to hold talks over the new farm laws opposed by them.

Farmers have been protesting at various places in Delhi and Haryana and have rejected the central government’s offer to hold talks on December 3 saying that imposing conditions for starting a dialogue is an insult to them.

Around 32 farmer organisations, mostly from Punjab, and a few farmers from Gujarat and Maharashtra as well managed to reach Delhi on Friday and assembled at the border areas to continue their protest.

The farmers are protesting against The Farmers’ Produce Trade and Commerce (Promotion and Facilitation) Act, 2020, The Farmers (Empowerment and Protection) Agreement on Price Assurance and Farm Services Act, 2020, and The Essential Commodities (Amendment) Act, 2020.