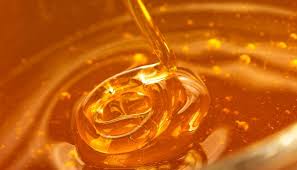 New Delhi: Major Indian brands including Dabur, Patanjali and Zandu are selling honey adulterated with a modified sugar from China, which can bypass some of the basic tests used to detect adulterated honey, researchers from the Centre for Science and Environment (CSE) have alleged.

Responding to these allegations, spokespersons from Dabur, Patanjali and Zandu denied that their honey products were adulterated and pointed out that they meet regulatory requirements laid down by the Food Safety and Standards Authority of India (FSSAI).

According to CSE director general Sunita Narain, the organisation launched an investigation when beekeepers in North India reported reduced profits despite a spike in honey sales during the Covid-19 pandemic.

“It is a food fraud more nefarious and more sophisticated than what we found in our 2003 and 2006 investigations into soft drinks; more damaging to our health than perhaps anything that we have found till now — keeping in mind the fact that we are still fighting against a killer COVID-19 pandemic with our backs to the wall,” Narain said in a statement Wednesday.

The CSE study found that almost all brands of honey being sold in the Indian market are adulterated with sugar syrup.

“This is immensely worrying, as it will further compromise health in the troubled times of Covid-19. We know that households today are consuming more honey because of its intrinsic goodness — antimicrobial and anti-inflammatory properties,” Narain said.

“Our research has found that most of the honey sold in the market is adulterated with sugar syrup. Therefore, instead of honey, people are eating more sugar, which will add to the risk of Covid-19.

According to the CSE, the honey adulteration business has evolved to bypass existing tests. Initially, sugars from corn, sugarcane, rice and beetroot used to be added to honey to increase sweetness. Such adulteration is detected by what are known as C3 and C4 tests.

The new modified ‘Chinese sugar’, however, can only be detected by a test called Nuclear Magnetic Resonance (NMR). NMR tests have very recently been made mandatory in India for honey that is meant for export.

Researchers at the CSE selected 13 top and smaller brands of processed and raw honey being sold in India. Samples from these were tested at the Centre for Analysis and Learning in Livestock and Food (CALF) at the National Dairy Development Board (NDDB) in Gujarat.

Almost all, except Apis Himalaya, passed the basic tests of purity, the CSE said.

However, when the same brands were tested using NMR, which was conducted by a specialised laboratory in Germany, most brands failed. Of the 13 tested, only three brands passed the NMR test.

“It shows how the business of adulteration has evolved so that it can pass the stipulated tests in India,” said Amit Khurana, programme director of CSE’s Food Safety and Toxins team.

“Our concern is not just that the honey we eat is adulterated, but that this adulteration is difficult to catch. In fact, we have found that the sugar syrups are designed so that they can go undetected,” Khurana added.

Saffola, MarkfedSohna and Nature’s Nectar were the brands that passed all tests.

In an email statement to ThePrint, Dabur shared an independent test report of Dabur Honey from a lab in Germany, which shows that their product passes the NMR test.

“The recent reports seem motivated and aimed at maligning our brand. We assure our consumers that Dabur Honey is 100% Pure. It is 100% indigenous, collected naturally from Indian sources and packed with no added sugar or other adulterants,” the spokesperson said.

“Further, Dabur is the only company in India to have NMR testing equipment in our own laboratory, and the same is used to regularly test our Honey being sold in the Indian market. This is to ensure that Dabur Honey is 100% Pure without any adulteration,” the statement added.

In a statement emailed to ThePrint, he said: “It seems to be a plot to defame Indian natural honey industry and manufacturers in a bid to promote processed honey. It further seems to be an international marketing designed to promote German technology and machines which cost crores of rupees.”

Emami, which produces Zandu Pure Honey, also claimed its product adheres to all protocols and standards. “Emami, as a responsible organization, ensures that it’s Zandu Pure Honey conforms and adheres to all the protocols and quality norms/standards laid down by the Government of India and its authorised entities such as FSSAI,” the company said in its statement sent to ThePrint.

According to data from the National Bee Board, which functions under the Department of Agriculture, the country’s total honey production reported in 2017-2018 was 1.05 lakh metric tonnes.

In the past year, the FSSAI notified importers and state food commissioners that sugar syrups like golden syrup, invert sugar syrup and rice syrup imported into the country were being used for adulteration of honey.

However, Chinese companies mostly export the syrup as fructose to India through trade portals such as Alibaba, CSE researchers said. The team had procured a sample of the syrup from a Chinese company during its investigations. According to Narain, the product was disguised as “paint pigment” to clear customs.

The CSE team also found that a factory to manufacture this ‘Chinese syrup’ was set up in Jaspur, Uttarakhand. According to Narain, CSE researchers used code word “all pass” (for the syrup) to procure a sample from Jaspur.

“What was shocking to find is that adulterated samples with 25 per cent and 50 per cent sugar syrup passed the test of purity. In this way, we confirmed that sugar syrups exist that can bypass the 2020 FSSAI standard for honey,” said Khurana, CSE’s programme director of Food Safety and Toxins.