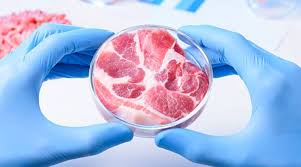 The move gains importance as demand for alternatives to regular meat is surging due to consumer concerns about health, animal welfare and the environment.

In a significant move, Singapore has become world’s first government to allow the sale of cultured or laboratory-created meat. On Tuesday, Singapore government granted San Francisco start-up Eat Just Inc. regulatory approval to sell its laboratory-grown chicken in the city-state.

As per a CNN report, the product, created from animal cells without the slaughter of any chickens, will debut in Singapore under the GOOD Meat brand as a chicken bite with breading and seasoning in a single restaurant. This cultured meat, which is created in a bioreactor, high protein content and is a rich source of minerals, according to the company.

The company is currently working with local manufacturer and will later expand its sales to other restaurants. The firm said the meat will be sold as nuggets and had previously pegged their cost at $50 each.

Talking about the initiative, Josh Tetrick, co-founder and CEO of Eat Just said, “We’ve been eating meat for many hundreds, thousands of years, always needing to kill an animal to eat — until now.” Assuaging any concerns over the quality, he added that the chicken’s flavor and taste are the same as the real thing.

The move gains importance as demand for alternatives to regular meat is surging due to consumer concerns about health, animal welfare and the environment. However, such meat, which is grown from animal muscle cells in a lab, is still at a nascent stage given high production costs.

Meanwhile, many other companies across the world are also testing lab-grown fish, beef and chicken, in hopes to usher in alternative meat market, which Barclays estimates could be worth $140 billion by 2029, Reuters reported. Last year, researchers at India’s IIT-Guwahati had also developed lab grown meat, as a step towards cruelty-free food.