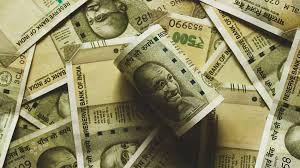 Taxpayers can make GST payments through challan every month either by self-assessment of monthly liability or 35 per cent of net cash liability of previous filed GSTR-3B of the quarter.

In a major development, the Modi government has launched the Quarterly Return filing & Monthly Payment of Taxes (QRMP) scheme for small taxpayers under GST system.

Taxpayers with an aggregate annual turnover of up to Rs 5 crore in the preceding financial year and have filed their October GSTR-3B (sales) return by November 30, 2020, are eligible for this scheme.

The GST Council in its meeting held on October 5, had said that registered person having aggregate turnover up to Rs 5 crore may be allowed to furnish return on quarterly basis along with monthly payment of tax, with effect from January 1, 2021.

With the launch of the QRMP scheme on December 5, taxpayers up to Rs 5 crore turnover have the option to file their GSTR-1 and GSTR-3B returns quarterly beginning January-March period.

Taxpayers can make GST payments through challan every month either by self-assessment of monthly liability or 35 per cent of net cash liability of previous filed GSTR-3B of the quarter.

Quarterly GSTR-1 and GSTR-3B can also be filed through an SMS.

Earlier in the day, the Income Tax Department had said that entities filing declaration under the direct tax dispute resolution scheme ‘Vivad Se Vishwas’ can revise them till the time tax authorities issue certificate mentioning details of tax arrear and the amount payable. Issuing a set of FAQs on ‘Vivad Se Vishwas’ scheme, the Central Board of Direct Taxes (CBDT) also said the scheme cannot be availed in a case where proceedings are pending before Income Tax Settlement Commission (ITSC) or where writ has been filed against the order of ITSC.