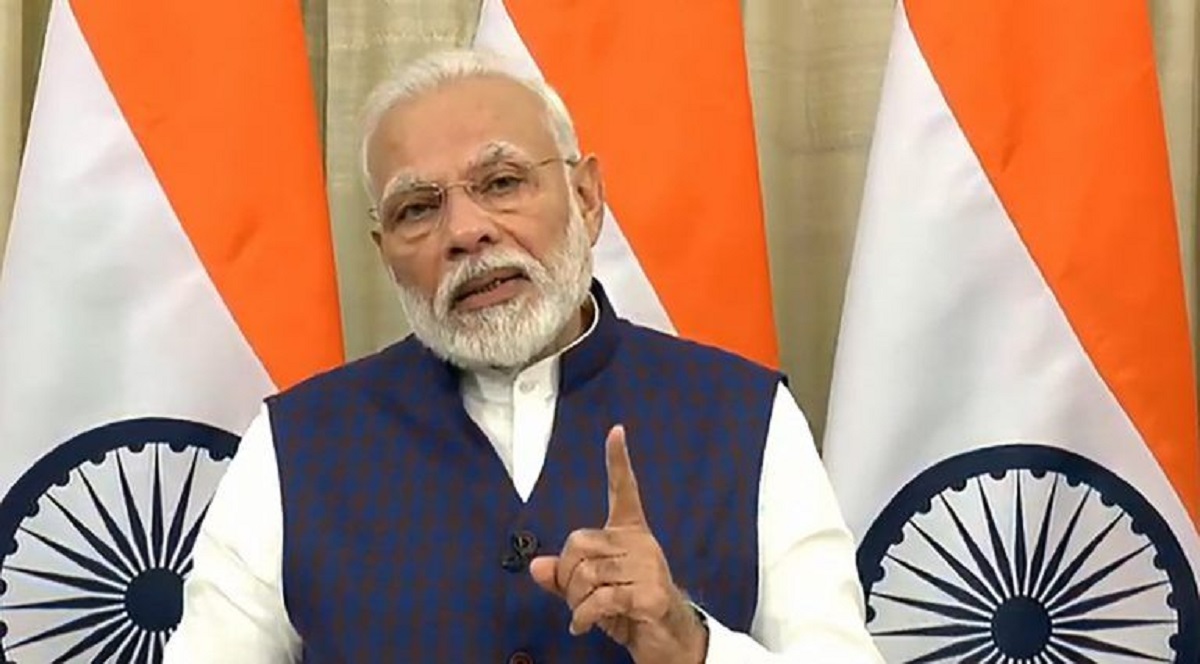 PM Modi’s remarks come a day before the ‘Bharat Bandh’ – a nationwide strike call given by various farmer organisations demanding repeal of the three laws passed in September.

Prime Minister Narendra Modi speaks after laying the foundation of the Agra metro rail project through video conferencing, in New Delhi on Monday.

Prime Minister Narendra Modi on Monday said that reforms are needed for development and some laws from the past century have become a burden now. The comments were made during the virtual inauguration of Agra metro rail project, at a time when farmers are protesting the three laws passed by Parliament.

“Reforms are needed for development. Reforms are very much needed for a new order and to give new facilities. We cannot build the next century with the laws of the previous century,” PM Modi said.

“Some laws that used to be good in the past century have become a burden in the present century. Reforms should be a continuous process,” he added.

The Prime Minister added that his government is carrying out “holistic reforms”. “Earlier, reforms used to happen in a piecemeal manner, or keeping in mind some sectors and departments,” he said.

PM Modi’s remarks come a day before the ‘Bharat Bandh’ – a nationwide strike call given by various farmer organisations demanding repeal of the three laws passed in September.

The bandh (shutdown) call has been supported by several opposition parties and state governments. However, the Centre has asked all states and union territories to tighten security, asserting that peace and tranquillity must be maintained durign ‘Bharat Bandh’.

The farmers are protesting against the Farmers’ Produce Trade and Commerce (Promotion and Facilitation) Act, 2020, the Farmers (Empowerment and Protection) Agreement on Price Assurance and Farm Services Act, 2020, and the Essential Commodities (Amendment) Act, 2020.

The strike is going to affect commuting, especially in the national capital as most of its borders are sealed. The Delhi Traffic Police has released a list of borders which are open for people coming from Uttar Pradesh and Haryana. Some of the taxi and cab unions, including those associated with app-based aggregators, have also decided to join the one-day strike.

Thousands of farmers have gathered at Delhi’s borders to protest against the new farm laws, which they say will pave way for the dismantling of the minimum support price (MSP) system, leaving them at the “mercy” of big corporates.

Talks between the government and protesting farmers remained inconclusive on Saturday even after five rounds of discussions as union leaders stuck to their demand for the repeal of the new farm laws.