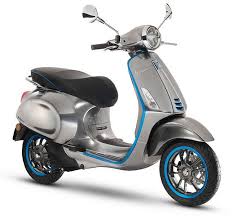 The new Vespa electric scooter will be developed specifically for India, and is likely to be launched by 2022.

The Vespa Elettrica which is sold in Europe is powered by a brushless DC electric motor with 4 kW peak power, and 200 Nm of peak torque. The Elettrica comes with two riding modes, and a long list of features, including smartphone connectivity through a dedicated Vespa Connectivity mobile app. The Elettrica also offers call and message displays on the TFT screen, and the rider can also use voice activated commands through a helmet mounted ear and mouth piece. The new Vespa electric scooter being considered for India will likely be a premium product, loaded with features, but it will not be launched before 2022 at least.