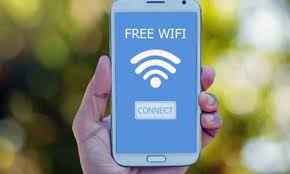 Union minister Ravi Shankar Prasad explained the Indian government’s public wi-fi access plan, stating that while service providers will be giving no licensing fees and an easy registration process, users will be able to access services through an app.

The Indian government has announced the launch of PM-WANI, a cross-nation public Wi-Fi access system that will aim to provide free, easy to access internet connectivity for all. PM-WANI, or Prime Minister W-Fi Access Network Interface, will be set up as a service that connects all of India to internet services, and comes a day after Reliance Industries chairman Mukesh Ambani spoke about the government adopting policies that help the underprivileged get access to smartphones and internet services, in a bid to bring about an all-round digital empowerment.

Explaining how the PM-WANI wi-fi service will work, union telecom minister Ravi Shankar Prasad stated that on a deployment basis, there will be public data offices (PDOs). These PDOs can be any local shop, service provider or small scale public service departments. These PDOs can take internet connectivity services operated by any internet service provider (ISP), and set up a network connectivity hotspot. According to Prasad, any interested party can set up to be a PDO, and there will be no licensing, no registration and no fees linked to working as a PDO.

In the second layer, there will be public data aggregators (PDAs), which will also not be imposed with operating fees, but have a mandatory registration process. Shankar announced that the government is guaranteeing a 7-day timeline for registration of PDAs, and if any applicant does not receive its registration as a PDA within seven days, their registration with the central government will be deemed accepted. These PDAs will oversee aspects such as accounting, authorisation and other functional parts of PDOs, which will be spread all across India.

Finally, there will be a smartphone app that Shankar says will be available on app stores as well as the government websites, through which users can sign up and authenticate themselves, following which they will be allowed to connect to any public wi-fi network in the country. The approach is considerably different from many western nations, which have simply set up wi-fi access points for all at regular distances, which can be simply connected to from a phone’s settings – all without downloading any additional app or authenticating beyond keying in their phone numbers.

“Our nation has 1.2 billion mobile phones, of which about 600 million smartphones. With this number steadily increasing, our PM-WANI service will bring about a bigger revolution than what the introduction of public calling booths brought about in the older era. Wi-Fi services in India will be made available to all, thereby improving India’s status as a digital economy,” said Prasad during the announcement of PM-WANI. Prasad further added that PM Modi has earmarked India’s digital revolution as his number one priority. He also claimed that India ranks as the number one nation when it comes to the app economy of the world.

Shankar also highlighted that the move will open up and largely liberalise the internet driven industries. Earlier this year, the government of India announced liberalised regulations for the country’s multi-billion dollar Information Technology (IT) industry, allowing BPO outfits to sanction remote working for its employees for the first time ever. Going forward, it remains to be seen how, and with what efficiency, is the PM-WANI service implemented, and how big an impact it has on connectivity services in the country.