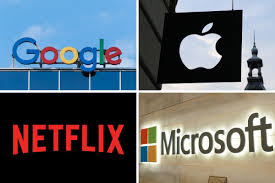 H-1B visa program has been the centre of attraction for techies around the world. Indian IT workers pursue the American dream by applying for a job at the top tech titans. While the top tech giants pay a good salary to Indian techies, unicorn startups are paying higher packages.

Tech giants such as Google, Apple are among the dream companies for any skilled tech worker. Newer tech companies such as Netflix, Airbnb have been paying top salary packages to foreign skilled workers. Average compensation paid to an employee at Netflix is $205,532 while Airbnb pays $168,306.

The salary packages paid by these companies are higher than what Google and Apple pay to their employees. Google pays $144,285 and Apple pays $139,457 per annum.

The ridesharing startup, Lyft pays at a similar level as Airbnb at $167,650. The salary database on various job listing portals also suggests that these companies pay higher salaries. The on-demand food delivery service Doordash offers $160,444 on average to H-1B engineers.

The reason why Netflix pays so much to its employees is that the company believes that the best programmers are 100x better than average programmers. Tech giants like Apple, Google attract the top tech talent not because of the salaries but because of the product and company culture that they have created.

Microsoft pays an average salary of $135,535 to its H-1B visa holder employees. More than 5 lakh Indian citizens are working in the US on H-1B visa, becoming the largest beneficiaries of the visa program.

Here is a consolidated list of top H-1B payee based on the above info.