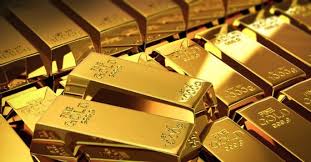 CBI had seized 400.47 kg gold during a raid in Chennai in 2012. It was kept in safes under CBI’s lock and key. When they were opened recently, it was found that the gold there weighed 103 kg less.

The CBI had reportedly seized the gold from a Chennai-based importer in 2012.

The “missing” 103 kg gold is part of 400.47 kg in bullion and ornaments that the CBI had confiscated during raids at the offices of Surana Corporation Ltd.

Taking note of the matter, the Madras High Court has directed the Tamil Nadu Crime Branch-CID police to investigate the matter. The probe will be conducted by a SP-rank officer and must be completed within six months, the court said.

While giving directions for the probe, Justice PN Prakash rejected the CBI’s submission that its prestige would “go down” if the investigation is carried out by the local police.

“This court cannot subscribe to this view because the law does not sanction such an inference. All policemen must be trusted, and it does not lie in the mouth of one to say that CBI have special horns, whereas, local police have only a tail,” Justice Prakash said.

He added that this case may be an ‘agni pariksha’ (test by fire) for CBI. “But that cannot be helped. If their hands are clean like Sita, they may come out brighter. If not, they would have to face the music,” PTI quoted him as saying.

What is this case all about?

At that time, the total gold’s weight was measured to be 400.47 kg. However, when the lock and seal was recently opened, it was found that 103.864 kg was missing.

The CBI has claimed that it had handed over the 72 keys of the safes and vaults to the Chennai principal special court for CBI cases.

The agency said during the seizure, the gold bars were weighed all- together but while handing over to the liquidator, appointed for a settlement of debts between Surana and SBI, it was weighed individually.

This, the CBI claimed, was the reason for the discrepancy of the 103 kg gold.

On Saturday, the CBI in a statement said it searched building of Surana Corporation Ltd and prepared a search list. “The search list mentioned that 400.47 kg gold has been inventorised and was kept in safe and vaults of Surana, sealed in presence of independent witnesses and the MD of Surana corporation and its officials. As per the directions of the Hon’ble High Court the vaults were opened in the presence of official liquidator, officials belonging to six Banks and independent witnesses and inspected from 27/02/2020 to 29/02/2020 to hand over the gold to the lender banks of Surana Corporation. The seals affixed on the vaults were found intact. However, gold weighed only 296.66 kgs.”

It added, “As the discrepancy between the quantity mentioned in search memo and as per the weight came to notice, CBI promptly ordered an internal inquiry by a senior officer to look into the role of its officials, if any. It is clarified that the inventorised gold was not kept in Malkhana of CBI. Rather it was in premises of Surana only under the seal. While the enquiry was on, a petition was filed in the high court and accordingly the court passed an order. CBI’s internal enquiry continues and if any adverse role of any CBI officials surfaces, strict action will be taken against them.”