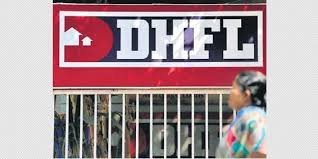 “The preliminary estimation included in all the three applications combined, places the monetary impact of the concerned transactions at approximately ₹1,058.32 crore (which includes ₹18.47 crore towards notional loss of interest on account of charging lower rate of interest),” DHFL said in a regulatory filing on Sunday.

Based on the report by Grant Thornton, which is the transaction auditor, the Administrator of DHFL has filed three applications before the Mumbai bench of the National Company Law Tribunal on December 12, the company further said.

The first application relates to disbursements made by DHFL to certain borrowers including El Dorado Biotech, Fortune Broking Intermediary, Fortune Gilts and Black Rock Financial Services, in the form of loan against property. This was used for premature redemption of NCDs held by certain other entities. This transaction took place during April and August 2019 and involves ₹592 crore towards outstanding principle, according to the report.

The second application is for diverting excess funds from DHFL’s account for “purported consideration” towards purchase of NAPHA property by the company. The excess amount paid for the purchase was ₹330.31 crore. The funds were then further diverted to entities that are linked to the promoters and ex-directors of DHFL. According to the report, this took place during during 2009-10 to 2016-17.

The third application is regarding Inter Corporate Deposits by DHFL to Shrem Investments and Shrem Construction and the execution of a pledge agreement pursuant to which the NCDs of DHFL were pledged to secure the due repayment of ICDs, which occurred in 2018-19. This involves ₹71 crore towards outstanding principle.

The three applications have been filed against 34 respondents including Kapil Wadhawan and Dheeraj Wadhawan.

Earlier in September, a forensic audit by Grant Thornton into the affairs of DHFL had unearthed fraudulent transactions of over ₹17,000 crore, including approximately ₹14,046 crore, as the amount outstanding in the books of the company as on June 30, 2019 and additionally ₹3,348 crore being the amount considered as due and outstanding towards notional loss