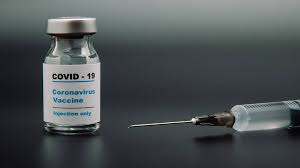 Telangana’s COVID-19 war room has now turned into its centralised state control room for vaccination, from where planning, training and strategy are being finalised for vaccinating the targeted population of 80 lakh people from mid-January

While no formal emergency use authorisation has been granted to any vaccine, sources said it is likely to be Bharat Biotech’s Covaxin and the vaccine of Serum Institute of India as both are seen as more suitable for Indian conditions.

The third candidate under consideration from Pfizer would be extremely difficult to handle as it requires cold chain maintenance at minus 70 degree Celsius, which is technically and logistically tough. Besides, it would relatively likely be expensive.

Preparations are in full swing to get ready for the big operation of vaccinating all targeted and vulnerable groups in the state.

Telangana’s COVID-19 war room has now turned into its centralised state control room for vaccination, from where planning, training and strategy are being finalised for vaccinating the targeted population of 80 lakh people from mid-January.

Mr Rao said Telangana is hopeful they would be ready by the month-end with human resource and infrastructure. “We are hoping mid-January vaccine programme will be rolled out… We are ready to cover targeted population in 8-10 days,” Mr Rao told NDTV.

The state is expected to receive 1.6 crore doses of vaccine for 80 lakh people, to be given in two shots. The targeted beneficiaries include three lakh doctors, nurses, ward boys and technicians in public and private sector.

The second group are frontline workers, which includes an estimated one lakh police personnel, sanitary workers and defence personnel.

Infrastructure is being ramped up to increase storage capacity with 10 new regional vaccine source centres with one crore doses capacity that will exclusively store COVID-19 vaccines. The central storage facility is also adding capacity for two crore doses.

New cold chain vans have been ordered for every district to transport vaccines.

What is reassuring is the state and country already have trained personnel with experience of mammoth vaccination drives. The state already has 1,000 centres that have walk-in coolers.

“Earlier, for a vaccination drive in 2017, one-fourth of the population or one crore people was covered within two-three weeks. We already have 10,000 vaccinators in the government system, without including private sector vaccinators,” Mr Rao said.

“Routine immunization is already robust in India. We don’t want to disturb existing immunization programme. There is enough infrastructure and we are adding to it,” he said.

Since this is a new vaccine, the administration is gearing up for adverse events, to allay apprehensions and plans to involve public representatives in the vaccine drive.