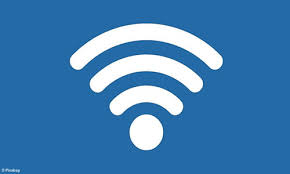 The next revolution in connectivity necessitates reliable and cheap internet for the masses so that India can leapfrog from the existing digital divide, which has social and economic implications.

Last week the Union cabinet approved a framework to usher in a “massive Wi-Fi revolution in the country”, in the words of Union Telecom Minister Ravi Shankar Prasad, by accelerating the proliferation of broadband internet services via a public Wi-Fi network.

“The Union Cabinet chaired by the Prime Minister, Shri Narendra Modi has given its approval for the proposal of DoT for setting up of Public Wi-Fi Networks by Public Data Office Aggregators (PDOAs) to provide public Wi-Fi service through Public Data Offices (PDOs) spread across length and breadth of the country to accelerate proliferation of Broadband Internet services through Public Wi-Fi network in the country,” a government press release said.

The operational ecosystem of PM-WANI will include the following:

Public Data Office (PDO): This will establish, maintain and operate Wi-Fi Access Points that are WANI compliant and provide broadband services to subscribers.

App Provider: It will develop an app for registration of users and help discover WANI compliant Wi-Fi hotspots in the vicinity. These areas will be displayed in the app in order to access the internet service.

Central Registry: Its aim is to maintain the details of PDOAs, PDOs and app providers. Initially, the Central Registry will be maintained by Centre for Development of Telematics (C-DoT).

India added more than 300 million internet subscribers between 2005 and 2020, making it amongst the world’s fastest-growing internet markets. However, of these, only 23 million have a wired internet connection. So the next revolution in connectivity necessitates reliable and inexpensive internet for the masses, enabling India to leapfrog from the current digital divide, which has important social and economic implications.

This is where PM-WANI can make a crucial intervention. Because it essentially gives anyone – the local paan shop or kirana store owner, for instance – the right to resell bandwidth and become a mini-ISP without having to worry about licence or fees. This will potentially democratise the entire ecosystem of internet connectivity as communities set up internet bandwidth according to the local needs of their areas, instead of a one-size-fits-all approach.

Imagine a situation in a few years when millions of Wi-Fi hotspots spring up across the country, driving small businesses, powering rural education and connecting Indians like never before.