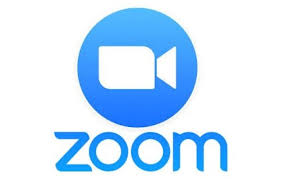 Zoom had earlier removed the 40-minute time limit on video calls on Thanksgiving Day that took place on November 26. The company took the decision as more people are spending time indoors amid the pandemic.

Video conferencing platform Zoom has announced that it will forego its 40-minute time limit on the final days of Hanukkah, Christmas, and New Years. The development essentially means that regular Zoom users across the world, including those in India, can connect with friends and family members over a video call on these days without any time cap. The company had last removed the time limit for meetings on Thanksgiving Day that took place on November 26. Zoom adds that end users are not required to do anything to remove the limit as it would be automatically lifted during these designated times.

Zoom video platform has enjoyed massive popularity in the last few months as people around the world have been pushed to operate from home due to the pandemic. Recently, analytical firm App Annie in a report said the Zoom app was the fourth-most downloaded app across Android and iOS devices this year, a jump of 219 positions compared to last year. Notably, Apple also named Zoom as its top app on Apple iPad for 2020. In its Q3 2020 earnings report, the company had showed that its total revenue in the last quarter grew by 367 percent year-over-year basis to $777.2 million.