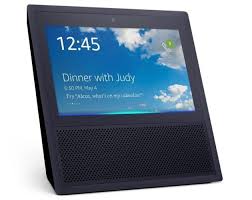 Amazon would now let users make group voice and video calls on their Echo devices. The company has launched a new feature for its Echo devices that would enable group video and voice calling. The group calling feature would allow up to seven participants to join audio or video call on Echo devices including the Echo Dot and Echo Show.

The feature was first announced by Amazon in September but the Verge report suggests that it will be rolled out in countries including India, Austria, Australia, Brazil, Canada, France, Germany, Ireland, Italy, Mexico, New Zealand, Spain, the US, and the UK starting today.

If you have Echo devices including the Echo, Echo Dot, and Echo Show, you can host a group call by giving commands like “Alexa, call my college group”. Before giving a command like that, make sure that you have saved the group by the same name on the Alexa App.

— First and foremost thing before making a group call is to create a group on the Amazon Alexa app.

— Open the Alexa app on your smartphone

— Once you open the app, tap on the person icon in the top-right corner

— Then tap on the Add New option and then Add Group

— Once you have set up the group, tap on the enable button to switch on the group calling feature.

Remember you can only add people who are using the Alexa app. You can add up to six participants apart from you. Try to give a short and easy to pronounce name to your group.

Considering how important the video conferencing platforms have become over the past few months, the Amazon Echo group calling feature would be a nice alternative to the Zoom app. There is no limit on the call times, unlike Zoom. However, Zoom did lift its 40-minute meeting on certain holidays. Apart from this, Microsoft Teams too have enabled free calling without any time limit.

Amazon had also rolled out a coupled of features for the Fire TV stick earlier this week. The Fire stick has received a new UI, Find destination, user profiles, and voice-first experience with Alexa. However, out of the updates Amazon has rolled out, the most important one is the support for up to six user profiles on Fire TV.

This means that up to six people can create profiles on Fire TV. They will give different recommendations, viewing history, watchlist, and more.