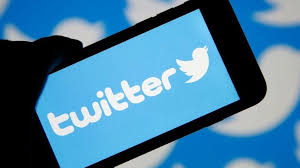 Twitter has rehashed its policies behind verifying public accounts on the platform, and here are the clauses that you’ll need to fulfil.

Twitter India has announced the reopening of its public account verification process, which will commence from January 2021. In light of the renewed verification process, Twitter has highlighted its revamped policies that aim to better define which profiles qualify for the new verification setup. Along with that, the new policies also define scope for accounts that would be disqualified from retaining the blue tick verification badge, in line with Twitter’s new verified accounts policies.

The updated clauses include no requirement for users to have a profile bio or a header (banner) image any longer. Twitter has also claimed to better define the categories to which each person should belong to, when filing the verification form. For instance, the ‘news’ category has now been revised to include ‘news and journalists’. Sports has also been revised to now include esports – which in turn will also feature both companies and personalities. Twitter states that a similar format will apply for news publications as well. In specific terms, “Official accounts of qualifying news organisations, as well individual accounts of journalists employed by qualifying organisations may be verified.”

Interestingly, in the ‘news and journalism’ space, Twitter’s new verification policy states that journalists applying for account verification “must adhere to recognised professional standards for journalism such as those laid out by the Society of Professional Journalists, Independent Press Standards Organisation, and International Federation of Journalists, or have committed to the International Fact-Checking Network’s code of principles.”

Grossly, this divides the verified account policy into two halves – professional and others. Within professionals, individuals within government sector, ‘companies, brands and organisations’ (such as a company’s authorised public spokesperson), and entertainment will qualify for verification subject to other ancillary criteria, along with the above-mentioned news and sports categories. The other half of those eligible for verification are defined as ‘activists, organisers and other influential individuals’, which stand for independent public figures in various fields, scopes and capacities.

On this note, Twitter says, “People who are using Twitter effectively to bring awareness, share information, and galvanise community members around a cause, to bring about socioeconomic, political, or cultural change, or to otherwise foster community, may be verified.” The qualifying individual, according to Twitter, must also “not primarily post content that harasses, shames, or insults any individual or group—especially on the basis of race, ethnicity, national origin, sexual orientation, gender identity, religious affiliation, age, disability, medical/genetic condition, status as a veteran, status as a refugee, or status as an immigrant—or content that promotes the supremacy or interests of members of any group in a manner likely to be perceived as demeaning on the basis of these categories.”

Twitter has also revised the follower count and engagement criteria for accounts applying for verification, and the same is now reflected on a per-region basis, and is not a blanket number for all accounts. This number, in most cases, will need applying users to have follower count in the top 0.1 percent of all accounts in the person’s respective regions.

With its new, revamped strategy set to open up public verification in the coming months, Twitter India seeks to fill up gaps that the platform has been alleged to have in assigning the blue verification tick to many users. While some of the clauses in its new verification policy appear objective, some still leave room for subjective assessment, and it remains to be seen how its new round of public account verification fares. Twitter confirms that once the feature goes live next year, users will be able to see a ‘request verification’ option in their account settings.