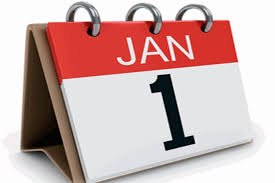 These rules are related to the implementation of Positive Pay system to stop cheque frauds, FASTags for four-wheelers and new mode of GST return filing facility.

From January 1, 2021, many new rules will come into effect which will affect the life of common people. These rules are related to the implementation of Positive Pay system to stop cheque frauds, FASTags for four-wheelers and new mode of Goods and Services Tax (GST) return filing facility.

Take a look at the new rules before they come into effet from January 1:

1. FASTag mandatory for all four-wheelers

A notification has been issued by the Union ministry of road, transport and highways making FASTag mandatory for all four-wheel vehicles that were sold before December 1, 2017.

The ‘Positive Pay’ system for cheques will be introduced at banks across India from January 1, 2021. Under the new system, re-confirmation of key details may be needed for cheque payments beyond Rs 50,000. From January 1, it will become mandatory for the cheque issuer to provide information such as the cheque number, its date, payee name, account number, amount among other details.

RBI has issued a notification enhancing the limits for contactless card payments from Rs 2,000 to Rs 5,000.

As per the new rule, the small businesses will now be able to use a simpler, quarterly Goods and Services Tax (GST) return filing facility. After the implementation of new rules, the companies with sales up to Rs 5 crore will have to file only four returns instead of 12 that are filed currently.

5. WhatsApp to stop working on some phones

WhatsApp has announced that it will not provide support to some platforms from January 1. According to WhatsApp, it provides support for and recommends using these devices: Android running OS 4.0.3 and newer; iPhone running iOS 9 and newer; and select phones running KaiOS 2.5.1 newer, including JioPhone and JioPhone 2.