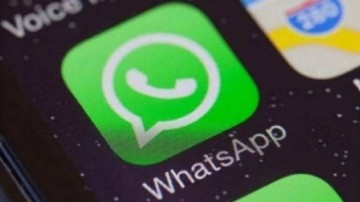 WhatsApp has launched some of the much-awaited features including the Mute Always, Disappearing Messages and others.

WhatsApp has launched a plethora of new features this year. From the much-awaited WhatsApp Pay to the Snapchat-like Disappearing Messages, WhatsApp has launched it all. The messaging app is still working on some of the much-talked-about features that it might launch next year. For instance, the video and voice calling on web and the multi-device support that WhatsApp is working on for the longest might launch next year.

However, let us have a look at some of the features WhatsApp has launched this year.

WhatsApp Pay: After struggling to launch the payments feature for almost two years, WhatsApp successfully launched the Payments feature. The feature was announced on November 6 but it went live for most users with support for leading banks including ICICI Bank, HDFC Bank, Axis Bank, the State Bank of India, and Jio Payments Bank earlier this week. The feature as the name suggests lets users make payments through the app.

Always Mute: WhatsApp had unveiled the Always Mute feature earlier this month. The feature as the name suggests lets user mute their WhatsApp groups forever. Earlier, users had the option of muting their groups for a year but after the completion of a year, things would again get back to normal. However, not anymore as now you can silence those pesky groups forever.

Disappearing Messages: WhatsApp had rolled out the Snapchat-like disappearing messages feature a few months ago. This features lets users automatically delete chats after a time period of seven days. The disappearing message feature can be turned on for individual chats as well as for groups. “We’re starting with 7 days because we think it offers peace of mind that conversations aren’t permanent while remaining practical so you don’t forget what you were chatting about. The shopping list or store address you received a few days ago will be there while you need it, and then disappear after you don’t,” WhatsApp had said about the feature.
WhatsApp had rolled out the feature to Android, iOS and Web.

Advanced Search Mode: This feature lets users search for pictures, videos, links, and other important things within the app.

Dark Mode: One of the major features that WhatsApp rolled out in 2020 was the dark mode. This feature filters out harmful lights to reduce eye strain. The feature is now available on WhatsApp web, Android and iOS.