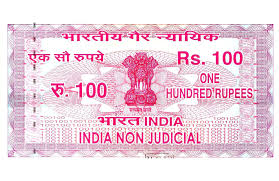 Pune, December 25, 2020: The state government has decided to reduce stamp duty by three percent till December 31. This decision will benefit tenants of more than 29 years, as well. A gazette in this regard is published. Therefore, for those who have leased homes between 29 years to 99 years, they will get some relief in stamp duty.

Meanwhile, after registering under the Registration Act and paying the stamp duty, one can go to the Registration Office at any time during the next four months. Accordingly, those who pay stamp duty before December 31 will be able to register documents in the next four months. However, before December 31, the signatures of the buyers and sellers of the property are required. They will be able to register any document within four months after January 1 by visiting the registration office.

To speed up the construction business, there is a three percent reduction in stamp duty for sale and purchase of property till December 31, and two percent from January 1 to March 31, 2021. The state government took this decision in August and started its implementation from September 1. At the same time, decisions about leases had to be made. With the three percent concession expiring next week, the decision to give lease concessions a week earlier will benefit fewer people.