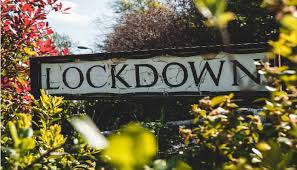 New Delhi, December 26, 2020: People remained in their homes for several months due to the Corona lockdown. At the same time, there has also been an increase in the purchase of rolling paper. Indians bought more condoms during the day than at night. This has been revealed in the Dunzo App report.

Through the app, three times more shopping has been done at night than day. Hyderabad alone has seen a 6-fold boom. In Chennai, 5 times, in Jaipur, four times more people have bought more condoms during the day. Delhi and Mumbai have also recorded 3 times higher figures.

According to a Times of India report, citizens of Bengaluru have ordered 22 times more rolling paper from neighbouring Chennai. This special paper is used to make cigarettes.

Users have also used the app to calm their hunger. As such, chicken biryani was the most ordered dish in Bangalore by the people. Dal Khichdi was liked by people in Mumbai. At the same time, Idli was the highest order in Chennai. Talking about Gurugram, people here ordered a lot of potato-tikki burgers. Maggi has a higher-order in Pune than in Mumbai. Delhi, Chennai and Jaipur preferred to order coffee more than tea.

The epidemic increased the nation’s overall focus on welfare with its users. People opted for healthier alternatives to daily foods. People from Hyderabad, Chennai, Bangalore and Mumbai bought more jaggery than sugar.

People also used this app to take care of the needs of their pets. Gurgaon topped the issue. Cat food orders were higher in Bengaluru, Pune, Chennai and Hyderabad. People’s reading habits have also increased this year.