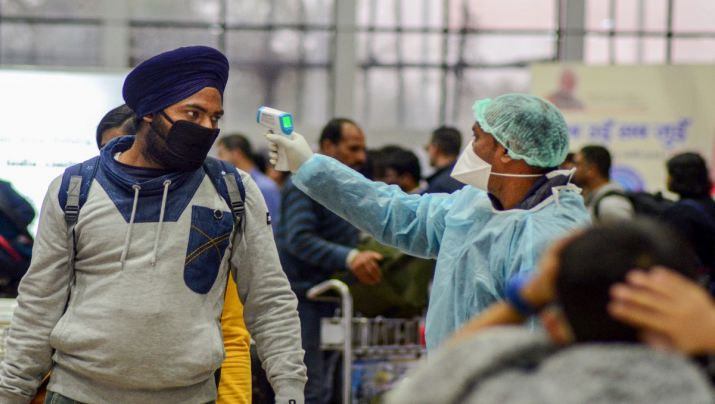 1,216 people have arrived in Telangana from the UK since December 9 and 92 of them belong to other states.

New Delhi: At least 279 passengers recently returned from the UK to Telangana are untraceable, state health officials said on Saturday, while 59 new cases recorded taking the number of newly caught infections in passengers back from Britain rose to 119 nationwide since last Sunday.

As per the Telangana Police, 184 people had given wrong phone number and addresses.

They further said that 92 untraceable returnees are from the neighbouring states of Andhra Pradesh, Kerala and Karnataka.

‘Report to the health department & get tested’

State Director of Public Health G Srinivasa Rao has said that people who have contracted the new type of virus don’t need not worry.

“They only need be vigilant, use the mask properly, follow physical distancing and wash their hands regularly,” he said.

Rao further said that 937 out of the 1,216 people have been identified and tested for the infectious disease and that two persons were found positive on Saturday.

As per the state government release, 79 people in close contacts of the 18 people infected with the new strain of COVID-19 have been put in quarantine and their health condition is being monitored closely.

The samples of those who tested positive have been sent to the Cellular and Molecular Biology (CCMB) here for genome sequencing, PTI reported.

Rao has appealed to people with a travel history to the UK to report to the health department so that the medical health staff can go to their home and conduct tests. He also asserted that the state government was taking concrete steps to tackle the virus.

People who have come directly to the state from the UK after December 9 or have travelled through the UK have been requested to provide their details by calling 040-24651119 or WhatsApp to 9154170960.

A new strain of the coronavirus was detected in the UK last week and as per the experts, this strain is more transmissible compared to other SARS-CoV-2 variants.