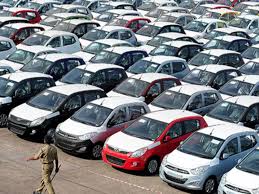 Instead of buying new cars, users in several Indian cities are choosing to ‘subscribe’ to them – that is, to pay automakers a fixed sum every month for the use of a car for a certain time. The country’s two biggest automobile manufacturers, Maruti and Hyundai, are seeing good traction in subscription-based flexible ownership of vehicles.

Hyundai, which had started monthly and yearly subscription plans across its models in association with Gurgaon-based Revv, has seen fresh demand this year from cities such as Bengaluru, Hyderabad, and Mumbai. Its smaller cars Grand i10 Nios and Santro are the most popular among subscribers.

Maruti Suzuki India launched a vehicle subscription scheme for individuals in September in Delhi-NCR and Bengaluru, which allows customers to use a new Maruti Suzuki vehicle without actually owning it. Maruti has teamed up with Orix Auto Infrastructure Services India, a subsidiary of Japan-based Orix Corp, for the subscription programme.

As an alternative to outright purchase, the subscription model allows customers to drive home a vehicle in lieu of a monthly fee, and without a hefty down payment. The monthly fee is all-inclusive, covering complete maintenance, insurance, and roadside assistance.

The subscription for a Maruti Suzuki Swift Lxi is around Rs 14,500 per month. While this is not cheap, the arithmetic vis-à-vis purchasing a car is as follows:

The on-road price of this car is over Rs 5.5 lakh. If a buyer were to take a loan of Rs 4.5 lakh, her EMI on a 9-per-cent-loan for three years would be about Rs 14,300. However, she would have also paid over Rs 1 lakh in down payment, registration, and insurance costs, and would also be required to pay for the annual maintenance and renewal of insurance during the lifetime of the car. If she were to subscribe to the car instead, she would pay around Rs 3.5 lakh over two years, and would then have the option to buy a new subscription.

The carmakers say the subscription model is targeted only at certain categories of customers. “There are people who don’t want the hassle of buying and selling a car every two or three years. There are others who don’t have the money for down payment. This must be seen as an alternative mode of using the car,” Shashank Srivastava, ED, Maruti Suzuki India Ltd, said.

So, who’s taking this option? According to Srivastava, they fall into three broad categories.

There are senior executives who change their cars every two or three years; and there are those in transferable jobs who spend only a few years in a city and see subscription as a way to escape the hassle of transporting, selling, maintaining, and financing their vehicle.

Then there are the young aspirers who have just entered the job cycle and don’t have savings to fund a down payment – but who still want to own a car.

Automobile manufacturers think this will be primarily a big city-driven phenomenon, where it is likely to see significant growth over the coming years. “We started in September this year with a pilot in Gurgaon and Bengaluru, and have now taken it to eight cities. We have seen good response and have leased more than 9,000 cars through our partners,” Srivastava said. People are just getting to know about the subscription scheme – “it is still in its infancy, and I think over a period of time it can become really big”, he said.

Hyundai, which offers the service in 20 cities, has got more than 4,500 subscriptions since March 2019. “Covid-19 has made the customer more focussed on health, due to which personal mobility is gaining pull over shared mobility. Given the pandemic situation, increased awareness of subscription, and ever-evolving technology, we feel the car subscription business will gain traction in the coming years,” Tarun Garg, director, sales and marketing, Hyundai Motor India, said.

What’s in it for the carmakers?

With sales coming under pressure following the NBFC crisis in the second half of 2018, companies were looking for ways to get customers. Offering cars on lease eases the process of owning without purchasing, and tying up with a lease partner means the partner is bound to purchase the cars. Also, as leads for such customers are generated at car showrooms, the overall business would benefit.

“Once this becomes big, it will lead to bulk orders, which are significant just like demand from app-based cab aggregators. Besides the purchase of the car, the leasing company would also have an agreement for its maintenance,” Srivastava said.

Industry insiders believe the model has sustainable long term prospects. The market is expected to mature in 2-3 years, and a fleet of used cars too could be available for subscription for a much lower monthly fee.