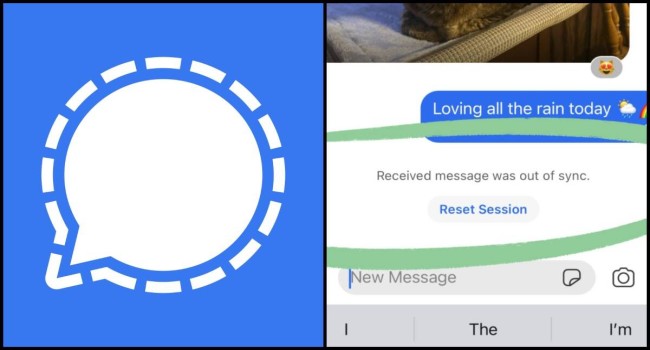 Here’s how you can fix Signal’s encryption-related issues following the app’s servers going down on January 15, 2021.

Signal is one of the most popular secure messaging apps right now, with the app seeing a surge in users after WhatsApp privacy policy crisis. Following this, Signal’s servers crashed on January 15, 2021, after millions of new users flocked to the app in a matter of days.

While the servers are back up now, some Signal users on Android may still see a “Bad encrypted message” sign in chats, which prevent them from seeing what messages they have received. Meanwhile, iOS users may see a ‘Received message was out of sync’ error. Here is how to solve that by resetting your secure session.

Open Signal and navigate to the chat where you see the “Bad encrypted message” sign. On Android, Hit the three-dot menu on the top right and choose ‘Reset Secure Session’. On iOS devices, directly tap on the ‘Reset Session’ button below the “Received message was out of sync” error.

In the dialogue box that follows, go forward with the reset, so a new secure session can be formed and the error can be resolved. Signal has assured its users that the error does not compromise the chat’s security, and will be resolved in the next update.

Note that the “Bad Encrypted message” error you see is in fact a security feature to keep your messages safe and protected from third parties in case of events like the server crash that took place recently. “The errors do not affect chat security and will automatically be fixed in the next update,” announced Signal on Twitter.