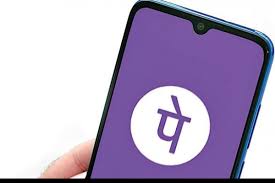 It has been a fairly long battle between digital payment apps Google Pay and PhonePe saw a new winner in December, with PhonePe taking the lead in the monthly UPI transactions. This comes after months of what has been av very close fight for supremacy between PhonePe and Google Pay, as digital payments continue to remain in focus in India. According to the latest numbers by the National Payments Corporation of India (NPCI), PhonePe clocked 902.03 million user-initiated transactions in December which amounted to a value to Rs 182,126.88 crore. Google Pay slipped into second position, with 854.49 million customer-initiated transaction volume valued at Rs 176,199.33 crore.

According to the data by the National Payments Corporation of India, the UPI transactions clocked 2.21 billion mark for the month. WhatsApp Payments, which received permission to roll out the UPI payments option to 20 million users in the first phase, clocked 0.81 million transactions, lower than BHIM, Airtel Payments Bank, HDFC Bank apps, MobiKwik, CRED, State Bank of India apps and Samsung Pay, for instance. The digital payments space in India sees close competition, and Paytm takes third place for the month with 256.36 million transactions with a value of Rs 31,291.83 million. In the previous months, Google Pay had retained a lead over PhonePe, even though both these apps have a significantly higher share of the UPI payments pie, than rivals including Paytm, Amazon Pay and WhatsApp Payments. In November, for instance, Google Pay clocked 960.02 million transactions while PhonePe had 868.40 million transactions in the same month.

The National Payments Corporation of India (NPCI) has made it official that a new cap is applicable from January 1, 2021 which mandates that no Third-Party App Providers (TPAPs) can exceed more than 30% of the total volume of UPI, or Unified Payments Interface, transactions. This will impact players including PhonePe, Google Pay, Paytm and Mobikwik, as well as the new entrant WhatsApp Pay, to name a few. NPCI believes this is to protect the UPI ecosystem as it scales up and to address the risks. However, existing players will have to comply in a phased manner while new entrants will have to comply with the cap from now itself.

PhonePe has already confirmed that they have till Jan 2023 to comply with the 30% market share cap. “We have reviewed the recent NPCI circular and want to assure all our customers and merchants that there is absolutely no risk of any UPI transactions on PhonePe failing. In fact, NPCI’s circular categorically says that the 30% market share cap does not apply to existing TPAPs like PhonePe until Jan 2023,” says Sameer Nigam, Founder and CEO, PhonePe, in an official statement shared with News18 at the time.