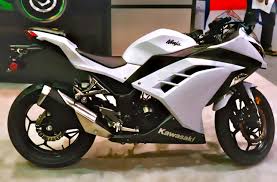 Last week, India Kawasaki teased two new motorcycles under wraps. While one of them is going to be the new Ninja 300, the second one remains to be seen. It could be a litre-class sports motorcycle.

2021 Kawasaki Ninja 300 is all set to launch in India towards the end of March, our dealer sources confirm while also stating that the pre-bookings are open at a token amount of Rs 10,000 in Delhi. India Kawasaki has been releasing images of the new Ninja 300 through social media in which three new colour options have been revealed. The design of the motorcycle will remain the same, however, the new colour schemes and graphics do lend it a fresh appeal.

There is so far no word on the technical details but expect the same 296cc liquid-cooled four-stroke parallel-twin engine with about 38 hp at 11,000 rpm and 27 Nm at 10,000 rpm. The engine will come paired with a six-speed transmission. It will likely be based on the same tube diamond steel frame and is expected to carry forward the rest of the equipment and cycle parts from the previous model.

While the BS-IV model retailed at Rs 3.98 lakh (ex-showroom), expect the new 2021 model to carry a slightly larger price tag.

Earlier this week, India Kawasaki teased two new motorcycles under wraps. While one of them is going to be the new Ninja 300, the second one remains to be seen. It could be a litre-class sports motorcycle. We’ll know more in time.

In related news, Kawasaki is also working on an all-electric version of the Ninja 300. The electric Ninja called Endeavor will come with a four-speed manual gearbox which according to the company, will not only allow for a greater speed range, but also benefit the rider with better input while operating the bike.

Technical specifications of the Kawasaki Endeavor are yet to be revealed but some reports suggest that the electric motor on this bike is good for churning out about 30 hp.