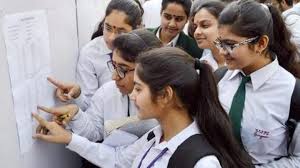 Karnataka Education Minister S Suresh Kumar announced that the Class X (Secondary School Leaving Certificate) board examinations would be held in the state from June 21 to July 5.

Dharwad (Karnataka): Amid fears of rising Covid-19 cases in the last couple of days, Karnataka Education Minister S Suresh Kumar announced on Monday that the Class X (Secondary School Leaving Certificate) board examinations would be held in the state from June 21 to July 5, which is a week`s difference compared to the tentative timetable that was announced last month.

The revised timetable for the SSLC 2020-21 examinations is as follows:

Kumar said that the revised timetable was necessitated due to a clash with the new second PUC timetable (Class XII) which is scheduled to be held from May 24 to June 16. The tentative SSLC timetable had been scheduled for June 14 to 25.

In response to a question, Kumar said that sufficient holidays will be given although there is just 10 days time between the last SSLC examination and the start of the next academic year.

He added that the education department is still finalising the number of days the students will get for their summer vacation.

The board may have to re-conduct supplementary examinations for those who fail or want to improve their marks.

Every year nearly 8.5 lakh students appear for the SSLC examination which is generally conducted in March/April, but this time it has been shifted to June-July.

The board re-conducts the same examination in the month of June for the benefit of the students who fail in the main examinations. Nearly 2.20 lakh students take the supplementary examinations every year.