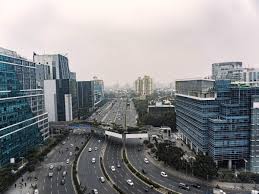 New Delhi:Haryana’s proposed move to reserve 75% of jobs for locals with salaries of up to Rs 50,000 a month could lead to an exodus of technology and back-office companies from the state, according to top industry executives who said the regulation is also inconsistent with the union government and the IT sector’s push towards a future model of work from anywhere.

Industry executives are of the view that it is the IT and ITes industry that will be the worst affected by the Haryana government’s stance on reservation as close to 70% of its workforce has less than five years of work experience. While nearly half of all employees earn less than Rs 50,000 per month.

Gurugram, one of Haryana’s largest cities and home to one of India’s largest concentrations of engineers after Bengaluru and Hyderabad, houses critical operations for both global and local technology giants such as Google, Microsoft, Tata Consultancy Services (TCS), Infosys and Genpact. “The industry hires people based on merit and not their address. The industry is at a loss to understand the local job reservation mandate,” said an official at Nasscom.

To be sure, the proposal that has been approved by the state governor and is yet to be notified applies only to new jobs that are added by companies and not to existing roles.

However, industry leaders fear there will be an exodus of companies as they would choose to relocate or establish new operations elsewhere in the future.

“We believe in meritocracy and constraining talent by geography and reservations is not conducive to the competitiveness of the industry,” said Genpact’s Chief Executive Officer NV (Tiger) Tyagarajan, who estimates that India-based IT and BPO services companies are critical to keeping global businesses and economies moving. Given that the pandemic has shown that many people can work effectively from anywhere, (it has) allowed companies “to broaden their talent pool, get diverse skill sets and increase competition for jobs,” he said.

Apart from outsourcing and IT services, other major industries housed in the industrial belt across Gurugram and Manesar include automobiles, consumer goods and electronics.

In the financial year 2020-21, the tech industry was a net employer hiring over 138,000 people across India, taking its total workforce to 4.47 million professionals. This year, Indian IT and business process management (BPM) firms are expected to hire 100,000 people—a majority of them from college campuses.

Haryana has previously said that nearly 5% of all global BPM workers are housed in Gurugram.

Ashish Aggarwal, head of public policy at Nasscom, said while the proposed law “hurts” the industry and its “global competitiveness”, it will also be hugely disadvantageous at the state level.

“More states could start framing similar laws and that would undermine India’s tech advantage at a global level. Companies have invested in the state based on certain conditions such as infrastructure, talent, etc., but now they will have to take a call. How much of their future growth will come from the state?” said Aggarwal.

From virtue of being located within the National Capital Region, Gurugram has enjoyed free flow of talent from not only Delhi but also from the adjoining state of Uttar Pradesh. “The idea of local reservations at the state level is completely incompatible with the (union) government’s work from anywhere agenda,” Aggarwal said.

Nasscom is aiming for a reconsideration of the law in its entirety and will write to the state government as well as the Centre.

Chandrajit Banerjee, director general, Confederation of Indian Industry (CII), said the Haryana government could have avoided imposing restrictions on industry as it affects productivity and competitiveness.

“We hope the state government of Haryana relooks at the legislation. With the prime minister’s vision of ‘Ek Bharat Shreshtha Bharat’ we look forward to an integrated and mobile labour market within the country,” he said.