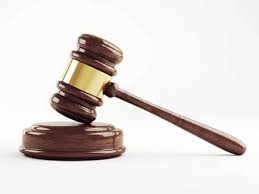 Presently, the law does not provide superior rights to a woman’s natal home in relation to her property

For some married women – widowed and childless – who wish to bequeath their self-acquired property to their parents after their death, a Will is the only way. Such married woman are the ones that fall under the ambit of the Hindu Succession Act, 1956 (HSA). This Act applies to Hindus, Buddhists, Jains, Sikhs and all other persons that are not Muslims, Christians, Parsis or Jews. It states that the property of a married woman, in the absence of a husband or children, passes on automatically to the heirs of the husband. In other words, the law provides an advantage to a woman’s matrimonial home over her natal home.

One significant judgement, in which this provision of the law was examined by the Supreme Court in 2009, was concerning one Narayani Devi who was widowed within three months of her marriage, and remained childless. Forced out of her marital home, she returned to her parents, where she subsequently educated herself with the monetary support of her parents, which eventually culminated into considerable self-acquired wealth in her name during her lifetime. Upon her death, when the mother of Narayani Devi applied for grant of the succession certificate, this was challenged by the heirs of the husband (i.e., the sons of the sister of Narayani Devi’s in this case). The Supreme Court applied directly the provisions of the Hindu Succession Act, 1956, and held that the husband’s heirs gained priority over the parents of the woman.

By way of reference, the laws that deal with succession of property for a married male and female, respectively, upon their death in the event there is no Will are Sections 8 and 15 of the HSA. While section 8 dictates the priority of succession by way of classes of heirs, section 15 does not organise the heirs by classes; instead, it lists the persons who are eligible to succeed, within the text of the section.

To elaborate, section 15(1) of the HSA provides that when a woman dies without a Will, then any property acquired by her through her self-income, gift, or Will, devolves (in the absence of a husband and children), to the heirs of the husband. Whereas, in direct contrast is the manner in which property transfers for a married man without a Will: firstly, to ‘class 1 heirs,’ i.e., wife, mother, children, and children of pre-deceased children; in their absence, to ‘class 2 heirs,’ i.e., father, siblings, sibling’s children, and the grandparents; and in their absence, further to agnates (descendants from the male ancestor) or cognates (blood relatives).

As highlighted above, the present legal framework is inequitable and unfair in its distribution, given the difference in transference as per gender. There is deeper context to how this law evolved. Literature suggests that around the time the law was drafted, the idea was to hold property within the joint family. Moreover, women by and large were not a part of the working population. Hence, there was an innate notion that women would not come to own property through the exercise of their own skill.

In 2012, a single judge of the Bombay High Court went on to discuss the constitutional validity of Section 15(1) of the HSA. Here, Justice Roshan Dalvi noted that the classification between males and females was discriminatory and that the aspect of unconstitutionality was not considered in the case of Narayani Devi. She further observed that this discrimination could not stand the principle of equality, a basic feature of the Indian Constitution, and hence was required to be declared ultra vires. She however added that this constitutional validity of section 15(1) was also to be finally determined by a Division Bench of the same court. As of date, this is yet to be heard.

As can therefore be observed, presently, the law does not provide superior rights to a woman’s natal home in relation to her property. The last major amendment to the HSA was in 2005 when daughters were accorded equal rights to ancestral property in a joint Hindu Family. Yet, clearly there is a long way to go for gender parity, be it in terms of remuneration or opportunities. As per World Bank statistics, as of 2020, women account for close to 20 percent of the labour force. We are in the 21st century where the milieu and the narrative have changed since the law was drafted. It’s time for an overhaul.

(Views expressed here are personal and do not constitute legal advice)