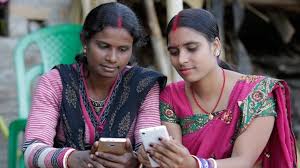 The Internet Saathi programme was launched back in 2015 by Google in collaboration with Tata Trusts to promote digital literacy among women within rural communities.

Google’s Internet Saathi initiative has completed six successful years in India. The programme, which was aimed at empowering women from underdeveloped areas, has been expanded to major Indian states, including Maharashtra, Punjab, Odisha, and Rajasthan. Through the project, the women who had no access to smartphones or even the internet have now successfully built their own businesses.

Internet Saathi was launched in 2015 at the company’s first-ever Google for India to acknowledge the gender divide in rural India in collaboration with Tata Trusts. Sanjay Gupta, Country Manager and Vice President of Google India, kicked off the company’s first Google event of 2021 and said that the Internet Saathi now has 80,000 volunteers, and the programme has reached 300,000 villages across India. Gupta added that the programme has affected over 30 million rural women in getting improved connectivity, affordable phones, and better support for India languages on the device. The company said that the Internet Saathi has managed to reduce the gender divide in digital literacy, with 4 out of 10 in rural India are now women.

Interestingly, some of the women who are now earning lakhs per month had no inkling about what a smartphone is till some time ago. The programme helped them in getting acquainted with digital trends and how products are marketed using the internet. Some of these women witnessed exponential growth and took the responsibility of imparting whatever they have learned during the Internet Saathi programme to the other women in their villages.

Pinki Chatterjee of a small village in West Bengal now has her own business of incense sticks. She got through the screenings conducted for the Internet Saathi programme and worked towards building her own. Talking exclusively to India Today Tech, Pinki said she was part of the programme for almost 2.5 years. She cleared the interview but did not know how to use a smartphone before she was roped in for the project.

“I have been associated with the programme for the last 2.5 yr. There was an SHG in the village who came and conducted interviews, and on the basis of that, I was selected. I had not used a phone before and did not know of the interview”, Pinki, one of the beneficiaries of the Internet Saathi programme, said.

Pinki’s family was supportive of her decision to start her own business, unlike many other families. She said that she was encouraged by her relatives to start her business. She learned how to make incense sticks from YouTube and also got to know that she does not need a huge investment to start making incense sticks.

“The internet opened new ideas and opportunities and showed me a direction. I searched online for work I could do from home. From there are I learned how to make agarbatis on YouTube. I found that it did not require a very big investment, the equipment was easy to operate, and there was no wastage. There was also always a demand for incense sticks, and the women around were eager to work. All these reasons made me take a loan and buy an incense sticks machine,” she said.

Rather content with how her small business has taken flight, Pinki said that her business is good so far. Whenever she gets orders in bulk, she appoints two other women to help her with the production and packaging of the incense sticks. “I have even opened my own net banking account, which I use to send and receive money for my business,” Pinki signed off.

Aasiya Gawande from Maharashtra had a similar story to tell. She came to know about the internet Saathi project through the Self-Help Group in her village, and she now runs a successful food business. “I started using the internet to learn how to prepare different kinds of recipes. I also started teaching the women in my village about various new food-products using YouTube videos. We formed a group that started producing and packaging items like pickles, papads, popcorn, ladoos, and chutneys, and I started selling them in markets outside the village. After gaining further insight into markets, I learned that people were actively buying online, so I decided to start our own online page as well,” Aasiya said.

Aasiya not only benefitted from the programme but also educated 1000 other women of her village. She has worked her way to provide facilities to the village got work worth Rs 25 lakhs for her village. Aasiya is now the deputy sarpanch in the gram panchayat of her village council.

“I feel very happy when I see the women in our group financially independent. After I started using the smartphone, I have access to more information, and I feel confident that I can get any work done. This is why I also contested in the village elections, and today I am a member of the Village Council. I’ve now managed to provide new facilities to my village and have completed work worth Rs 25 lakhs. I feel that my self-confidence has increased to such an extent that I can do anything I set my mind to, there is nothing that can stop me!” she said.