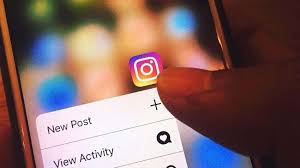 WABetaInfo took to microblogging site Twitter and wrote: “@WhatsApp is working on the possibility to play #Instagram Reels within WhatsApp, for a future update. Note: Instagram Reels can be already played on WhatsApp for Android when shared as link. This tweet is for iOS.”

Earlier, Facebook had included options to share Instagram stories on Facebook or WhatsApp stories on Facebook directly. With these features releasing soon, the social media giant is looking to create an interconnection between its platforms and offer a seamless experience to users.

Meanwhile, after facing the wrath of millions of its users across the globe due to ‘confusing’ privacy policy, WhatsApp recently announced that it will show an in-app alert soon to help users understand it better. The messaging platform also earlier revealed that users must understand and accept the privacy policy by May 15 else they will lose access to their account.

WhatsApp has also started sending reminders regarding the new terms and conditions. A few days ago, some users got pop-up messages just after launch the app. The pop-up message is to remind users of its new terms and privacy policy. Part of the message reads “Please accept these updates to continue using WhatsApp.”