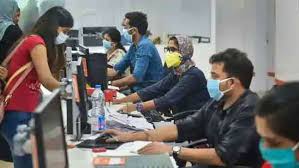 75% quota in private sector jobs: With the focus on providing employment to local people and stopping migration of working class, Jharkhand government has reportedly approved employment policy allowing 75% reservation in private sector jobs. Approving the new employment policy on Friday, the state government had said that jobs with up to salary of Rs 30,000 per month will be reserved for local people, said india.com report.

This development by Jharkhand government comes only days after Haryana made similar provision for local people. On March 2, Haryana government had passed the Haryana State Employment of Local Candidates Bill, which mandates 75 percent reservation for locals in private sector jobs. This was made applicable to jobs, where the salary is less than Rs 50,000 a month. However, Haryana government later clarified that this rule be apply only in case of non-technical jobs.

The most important thing that the state governments would face under this arrangement is the identification of the beneficiaries in the state.

Meanwhile, clear picture will emerge only after Jharkhand chief minister Hemant Soren makes an announcement on state’s new employment policy. Job seekers in Jharkhand will have to wait until March 17 for any further clarity on the same.