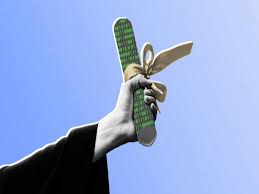 Infosys, Walmart, Verizon, Accenture, and Deloitte, along with other Fortune 1000 companies signed a deal with Google to hire around 500 Google Career Certified employees in the next two years.Google recently announced the three Career Certifications namely – Project Manager, Data Analyst, and UX Designer. After the announcement, Infosys, the IT tech giant, signed the deal with Google stating to hire 500 employees that have done Google Career Certification along with Verizon, Accenture, Walmart and Deloitte.

The courses are announced to help with the unemployment in the US that is now making Fortune 1000 companies step up and sign the deal to hire among the candidates with Google Career Certification.

More than 130 employers have signed a similar deal with Google including the Silicon Valley behemoth making them hire the graduates with these certificates.

Indian multinational giant – Infosys – is going to hire 500 employees as per the President of Infosys – Ravi Kumar. This will also fulfil the target of Infosys that is to hire 25,000 employees by 2022 in the US.

Google Chief Executive, Sundar Pichai said that many companies have partnered with Google along with Guild Education to make employers hire employees with Google Career Certificates. It is a great way to upskill the workforce and hire talented employees that can take the businesses to the next level.

Google Career Certifications is an upskilling program that includes three major courses namely Project Management, UX Design, and Data Analytics. Candidates can complete these courses in the span of three to six months that will be equivalent to the four-year degree in the related field as per Senior Vice President of Global Affairs, Google, Kent Walker.

In 2017, Google came with the initiative – Grow with Google. These certifications are the part of the same with the motive to upskill the US employees. More than six million US citizens have accomplished the goals in the last four years. It is believed that Google Career Certifications will be open for other countries soon including India.