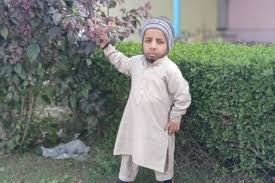 The 26-year-old man approached the police in Uttar Pradesh’s Shamli district, seeking their intervention in the matter. He demanded that the police help him find a match.

New Delhi: Size matters! At least in the case of Azeem Mansuri, it seems so. Mansuri is a two-feet tall man unable to find a bride for himself. He has also lost faith in his family who he thinks are not taking his problem seriously.

As a last resort, the 26-year-old man approached the police in Uttar Pradesh’s Shamli district, seeking their intervention in the matter. He demanded that the police help him find a match.

Mansuri found out, much to his dismay, that matchmaking was not something the police specialize in.

Station House Officer Niraj Choudhry told him that the police have no role in arranging marriages for people.

We can help if there is a dispute between couples but to find a bride for a man is not our job, he was quoted as saying by PTI.

Contrary to Mansuri’s allegations, his family members, said that they do want to get him married and were doing everything in their capacity to make it happen. But “someone should be willing to marry him,” Mansuri’s brother Mohammad Naeem said.

Naeem added that they have got many proposals including one from Moradabad and that they were planning to travel there to see the woman.

However, Azim claimed that his family was not sincere about his marriage.

He even wrote to Chief Minister Yogi Adityanath but got no response.

Shamli Kotwali SHO Satpal Singh said, “He came to us a week ago with a request to find him a bride. He says it is our duty to do ‘public service’ and find him a bride. We do not know what to do. But we will see what can be done.”