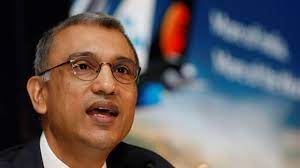 Dube has held discussions with the Directorate General of Civil Aviation as well as the civil aviation ministry.

Vinay Dube, former chief executive officer (CEO) of Jet Airways and GoAir, is planning to start a domestic airline in 2021. He might launch an airline with five aircraft by the end of 2021, CNBC-TV18 has reported.

Dube, who quit Wadia Group-controlled GoAir in August 2020 after being CEO for six months,  has had more than one round of discussions with the Directorate General of Civil Aviation (DGCA) and the civil aviation ministry, the news channel reported.

After working with American Airlines and Delta Airlines, Dube joined Jet Airways in June 2017. He quit Jet in May 2019, soon after the airline suspended operations.The Murari Lal Jalan-Kalrock Capital consortium won the bid for Jet Airways in 2020 and plan to restart the airline in the coming months.