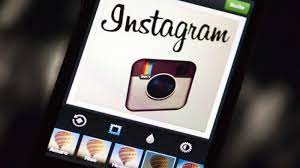 The Facebook-owned Instagram, one of the more popular photo and video sharing social networking platform in the world, is reportedly working on Instagram for kids under age 13 where parents will have controls just like in Messenger Kids.

According to a report from the news agency IANS, Head of Instagram Adam Mosseri said that a version of the popular photo-sharing app is currently being explored. “Kids are increasingly asking their parents if they can join apps that help them keep up with their friends,” Mosseri said in a tweet. “A version of Instagram where parents have control, like we did w/ Messenger Kids, is something we’re exploring. We’ll share more down the road,” he added.

Mosseri is overseeing the Instagram for Kids project with vice president Pavni Diwanji. Facebook launched Messenger chat platform for kids between 6-12 age group in 2017. Earlier this week, Instagram said it is introducing a new feature that prevents adults from sending messages to people under 18 who don’t follow them, the report said.

“We have banned adults from direct messaging teenagers who don’t follow them and introduce ‘safety prompts’ that will be shown to teens when they DM adults who have been ‘exhibiting potentially suspicious behaviour’,” Instagram was quoted as saying to IANS. The company said that suspicious behaviour could include sending “a large amount of friend or message requests to people under 18.