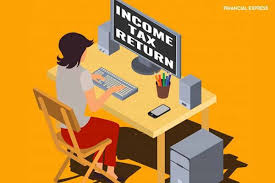 The Income tax authority has the power to carry out best judgement assessment u/s 144 of the IT Act, where the taxpayer has failed to furnish his return of income.

For the last Assessment Year (AY) – that is AY 2019-20 (Financial Year (FY) 2018-19, the deadline for filing Income Tax Return (ITR) was extended up to September 30, 2020 due to the disruption caused by the nationwide lockdown imposed to check the spread of Novel Coronavirus Covid-19.

However, for the current Assessment Year – that is AY 2021-22 (FY 2020-21), even as the due date of filing return was extended up to January 10, 2021 for non-audit cases and up to February 15, 2021 for cases where audit / third party audit were needed, the deadline for filing return remained unchanged.

In case you haven’t filed your ITR yet, you have to do it by the March end, else you may have to face the consequences.

“Any person eligible to file the return of income but fails to furnish the same for FY 2019-20 (AY 2020-21) within the due date u/s 139(1) of the Income Tax Act, 1961 (hereinafter referred to as ‘the IT Act’) may file the said return alongwith additional interest and late fees within the extended deadline of March 31, 2021. However, in case the return of income is not furnished by March 31, 2021, such return would be considered as time barred and the taxpayer would not be able to file the tax return for the said assessment year as the Income Tax utilities does not allow any provision for filing time barred returns,” said Dr. Suresh Surana, founder, RSM India.

In case an assessee has taxable income but fails to file return of income, the consequence may be sever, especially if the motive of non-filing is tax evasion.

“In case the taxpayer has taxable income and the taxpayer fails to file his return of income, then there are enabling provisions to levy penalty u/s 270A for equivalent to 50 per cent of the tax which may have been avoided by the taxpayer by way of such non furnishing of income tax return. Further, the Income Tax authority has a power to initiate prosecution u/s 276CC of the IT Act in case of such defaulting taxpayer who would be subjected to a rigorous imprisonment for a term which shall not be less than 3 months but which may extend to two years and alongwith fine. Also, in case if the tax likely to have been evaded exceeds Rs 25,00,000 had such failure of non furnishing of return not been discovered, the term of imprisonment may range from 6 month to 7 years alongwith a fine. However, no such prosecution can be initiated where the tax sought to be evaded is upto Rs 10,000,” said Dr. Surana.

“It is pertinent to note that the Income tax authority also has the power to carry out Best judgement assessment u/s 144 of the IT Act where the taxpayer has failed to furnish his return of income,” he added.

“However, section 119(2)(b) provides the Income Tax authority with the power to admit any application or claim for any exemption, deduction, refund or any other relief even after the expiry of the period specified under the IT Act. Thus, the taxpayers who fail to furnish their return of income for AY 2020-21 by 31 March 2021 may in genuine cases of delay consider to apply to the Income tax authority for condonation of such delay after showing sufficient and reasonable cause for such delay. This, of course, is a discretionary power and grant of such relief may be on case to case basis,” Dr. Surana further said.

So, in case you haven’t filed the ITR yet, it’s better not to wait for the last date or hope for a date extension and file the return as early as possible.