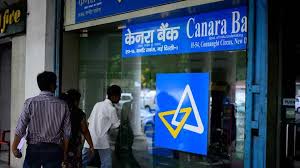 Typically, a bank takes possession of a property which is kept as a security while borrowing in the event of non-payment.

State-run lender Canara Bank on Wednesday said it is organising an auction of 2,000 borrower properties in its possession on Friday.

The properties, which include residential flats, apartments, independent houses, industrial lands, commercial complexes, office spaces and vacant lands, will be sold through an e-auction under the provisions of the Sarfaesi Act, an official statement said.

Typically, a bank takes possession of a property which is kept as a security while borrowing in the event of non-payment. Under the Sarfaesi Act, the bank has the ability to recover its dues by selling the securities.

The properties being put up for auction are spread across cities, including Delhi, Mumbai, Kolkata, Bengaluru and Chennai, and also other semi-urban pockets, the statement said.

The statement said the bank has so far sold 1,450 properties valued at ₹886 crore during the current financial year under provisions of the same Sarfaesi Act.

Bidders can participate from anywhere and can contact the nearest baranch of the bank for additional information about a property put up for sale, it said, adding that the highest bid will bag a property.