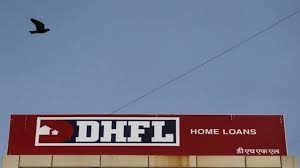 The case registered by CBI is against promoters of DHFL Kapil Wadhawan and Dheeraj Wadhawan who are already facing two other cases by CBI in the Yes bank scam and UP power Corporation scam.

The Central Bureau of Investigation (CBI) has registered another case against promoters of DHFL (Dewan Housing Finance Ltd) for allegedly creating 2.60 lakh fake home loan accounts under the Pradhan Mantri Aawas Yojana. The promoters fraudulently availed benefits under PMAY to the tune of Rs 14,046 crores. The apex investigation agency found that Rs 11,755.79 crores were diverted to accounts created in name of shell companies out of the Rs 14,046 crores.

DHFL had availed subsidy of Rs 1,887 crores under PMAY from the Center. The case registered by CBI is against promoters of DHFL Kapil Wadhawan and Dheeraj Wadhawan who are already facing two other cases by CBI in the Yes bank scam and UP power Corporation scam.

The case as per officials has been registered by CBI after a forensic audit report was submitted by auditing firm Grant Thornton which revealed irregularities by DHFL. The loans were mostly granted and processed in the name of economically weaker sections, low and middle income groups.

A forensic audit report by Grant Thornton revealed the irregularities of DHFL, after which the agency registered a case on March 15.

DHFL, according to the FIR filed by CBI, processed 88,651 cases under PMAY Scheme – under which loans were granted to economically weaker sections, low and middle income group members of society for the purpose of buying land and construction of houses, development of dwelling units under slum development schemes, housing units are eligible for credit-linked interest subsidy.

The maximum loan amount sanctioned to each borrower is up to Rs 24 lacs and most of these are said to be allotted and sanctioned for slum redevelopment schemes as per documentation created for fraudulent subsidies availed by DHFL. The interest subsidy as per sources varies between 3 percent per year to 6.5 percent per year and subsidy payable upfront with a cap of Rs 2,30,156 to Rs 2,67,280. The subsidy was then reimbursed by center to the banks and NBFC.

Moneycontrol was the first news agency who reported about this software on February 11 last year.Enforcement Directorate was the first agency who unearthed the software last year. ED found more than 79 shell used for siphoning of large sums of money. Enforcement Directorate has recorded statements of some officials of DHFL in this case and they confirmed about such software which was at Bandra Office.