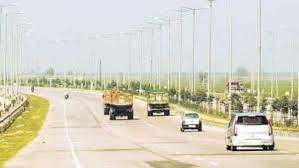 The much-anticipated Delhi-Mumbai Expressway is likely to be completed in a year’s time and the Delhi-Meerut Expressway will be inaugurated in the next two months, Road Transport and Highways Minister Nitin Gadkari said on Thursday.

Gadkari informed that the government is spending ₹7 lakh crore on building green express highways through modern technology which in turn would provide smart transportation and reduce pollution.

Of these, ₹1 lakh crore Delhi-Mumbai Expressway is likely to be completed within a year while Delhi-Meerut Expressway will be inaugurated in a month or two, the Road Transport and Highways Minister said while addressing a virtual event organised by PHD Chamber of Commerce in New Delhi.

He said these are being built with state-of-the-art technique with advanced engineering to provide intelligent traffic while taking care of the ecology and environment conservation with an aim to reduce green house emission.

Of the 22 green highway corridors, Delhi-Mumbai Expressway on a new alignment would reduce the travel time between both the metropolises to 12 hours by car in comparison to 40 hours at present, he said.

“Sixty per cent of this 1,300 km project has been completed and we are trying to complete it within one year,” the minister said adding that the first phase of Delhi-Mumbai Expressway project will have 8 lanes while the second phase will have 12.

A separate electric highway lane will be constructed in it, he said and added that within a year electric trucks will be available.

“Delhi-Meerut expressway will be inaugurated in next one to two months and it will reduce the travel time to Meerut from Delhi to 45 minutes from the present 4 hours,” Gadkari said.

The minister said with the completion of Delhi-Saharanpur-Dehradun project, the travel time between Delhi and Dehradun will reduce to two hours and “it is a promise not declaration.”.

Projects will also ensure Delhi to Chandigarh in 2 hours and Delhi to Haridwar also in 2 hours, he said.

The minister exuded confidence that the national highways’ building pace will reach 40-km a day by March-end.