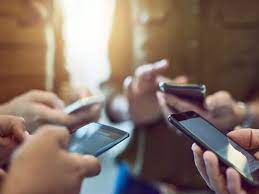 make mobile phones a tad expensive as the government sought to increase import duty on certain inputs used to make devices and chargers to boost domestic value addition.
A similar duty on compressors would also have a marginal impact on prices of ACs and refrigerators, though the industry said they would prefer to absorb these.

Finance minister Nirmala Sitharaman announced a review of 400 exemptions in customs duty, including those applicable on the mobile devices segment. The Budget proposed a 2.5% customs duty on printed circuit board assembly (PCBA, commonly known as motherboard), camera module, connectors, parts and sub-parts to manufacture lithium ion batteries and battery packs.
Pankaj Mohindroo, chairman of India Cellular and Electronics Association (ICEA), said the measures will have a dampening effect on the sector.