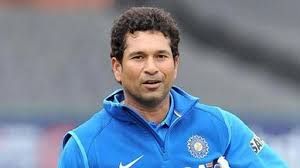 Indian cricket legend Sachin Tendulkar informed his fans on Friday (April 2) that he is being hospitalized on ‘medical advice’ to get treatment after testing COVID-19 positive last week. The sad news for the millions of the cricket fans came on a day when India is celebrating the 10th anniversary of their famous 2011 World Cup win.

“Thank you for your wishes and prayers. As a matter of abundant precaution under medical advice, I have been hospitalised. I hope to be back home in a few days. Take care and stay safe everyone. Wishing all Indians & my teammates on the 10th anniversary of our World Cup win,” Tendulkar tweeted on Friday.

Notably, Tendulkar recently led India Legends to the maiden title of the Road Safety World Series by defeating Sri Lanka Legends in the final of the tournament. Sachin was a member of India’s World Cup 2011 winning team. He was the first man to score the coveted double century in ODI cricket, when he hit an unbeaten 200 against South Africa in February 2010.

Former India all-rounder Irfan Pathan on Monday became the fourth Indian cricketer to test COVID-19 positive, having recently taken part in the veteran’s Road Safety World Series tournament in Raipur, which is fast turning out to be a super spreader. Before Irfan, his elder brother Yusuf, legendary Sachin Tendulkar and S Badrinath have all taken to twitter to announce that they have tested positive for COVID-19.

Road Safety World Series is a private tournament that didn’t have BCCI approval as it was only meant for retired cricketers. The worst part was that the organisers didn’t restrict crowd movement even when BCCI made the later part of England series a closed-door affair. Spectators were not wearing mask and questions are being raised as to what kind of bio-bubble was created by the organisers of the Road Safety World Series.