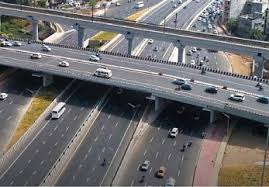 Delhi-Meerut Expressway was opened for the public on Thursday after the completion of its remaining stretches.

Union Minister Nitin Gadkari made the announcement about the opening of the Delhi-Meerut Expressway. “Delhi Meerut Expressway has now been completed and opened to traffic. We have fulfilled our promise of reducing travel time between Delhi – Meerut from 2.5 hours to 45 minutes,” he said.