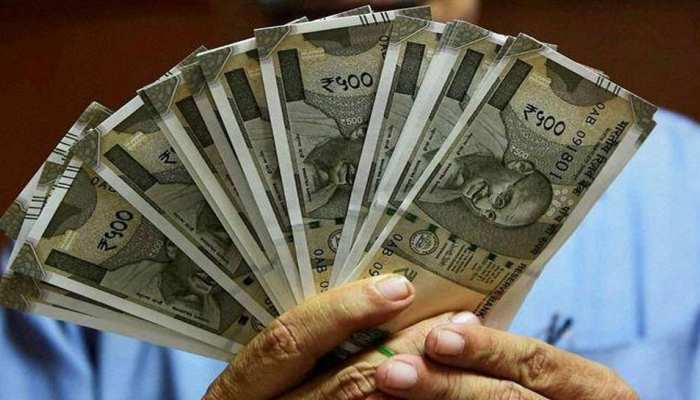 The interest earned on employee’s contribution above ₹2.5 lakh in a year will be taxable from this month. Buying a pension cover will become easier. Take a look at key changes that are going to take place from 1 April

With the beginning of new financial year from Thursday, there will be a host of changes in how you spend money. From changes airfare to standard insurance policies, several new norms will be effective from 1 April. The interest earned on employee’s contribution above ₹2.5 lakh in a year will be taxable from this month. Buying a pension cover will become easier.

Starting from this month, you air travel will become costlier. Aviation regulator Directorate General of Civil Aviation (DGCA) has hiked air security fee (ASF). While the rise in ASF for domestic passengers is of ₹40, for international passengers, the rise is of ₹114.38.

The Insurance Regulatory and Development Authority of India (IRDAI) has asked all life insurance companies to mandatorily offer a standard individual immediate annuity product from April. Dubbed as Saral Pension, this plan will provide a minimum annuity of ₹1,000 per month, ₹3,000 per quarter, ₹6,000 per half year, and ₹1,2000 per annum. The minimum entry age to buy this plan will be 40 years and the maximum will be 80 years. This will be be a single premium, non-linked non-participating immediate annuity plan.

The insurance regulator has directed all general and health insurers to offer a standard personal accident insurance product, commencing from 1 April. Named as Saral Suraksha Bima will offer a minimum sum insured of ₹2.5 lakh. Under this policy, the maximum sum insured will be ₹1 crore. Sum insured offered should in multiples of ₹50,000, IRDAI said, adding insurers can offer on their own beyond the mentioned range. Anyone over 18 years old can buy this policy. The maximum age at entry is set at 70.

In Budget 2021, the finance ministry announced that the maturity gains in Unit Linked Investment Plan (ULIPs) would be taxed if the annual premiums are ₹2.5 lakh or more. The maturity amount would be taxed at a rate of 10% if its long-term gain and at the rate of 15% if its short-term gain. Earlier, the maturity proceeds of ULIP schemes were tax-free. This will impact only for those ULIP policies which are bought after 1 February, 2021. For those who pay annual premiums below ₹2.5 lakh, they would still get the tax-exemption benefits.

Earlier, if you failed to file your ITR by the due date of 31 July, you could still file it by 31 March with late fee. Likewise, after having filed your ITR, if you noticed any omission or mistake, you could revise the same by 31 March of the same year. But, Finance Bill for 2021-2022 has proposed to reduce this time limit by three months and therefore you will have time to file your belated ITR or revise your ITR till 31 December of the same financial year.

In Budget 2021, finance minister Nirmala Sitharaman announced that interest on employee contributions to provident fund of over ₹2.5 lakh per annum would be taxed. Later, the Centre increased the deposit threshold limit to ₹5 lakh per annum in provident fund for which interest would continue to be tax-exempt, if there is no employer contribution. This restriction shall be applicable only for the contribution made on or after 1 April, finance minister Nirmala Sitharaman announced earlier.

This move will affect the high-income earners and High Net-worth Individuals (HNIs). Anyone who earns more than ₹20.83 lakh a year will attract his or her interest on EPF contribution being taxed. The salaried employees who use Voluntary Provident Fund to invest more than mandatory 12% of basic pay, will also be impacted. This new rule will come into effect from April.

HSN code mandatory for businesses with over ₹5 crore turnover

On the Goods & Services Tax (GST) front, the generation of e-invoice by businesses with turnover of over ₹50 crore will be mandatory from April.

The Harmonised System of Nomenclature or HSN code will also be mandatory on tax invoice, starting from April, finance ministry said. Those with turnover of up to ₹5 crore in the preceding financial year, have to furnish four-digit HSN code on B2B invoices. Earlier, the requirement was four-digits and two-digits respectively. “This will help tax officers with deeper data analytics for every item supplied and help them in arresting tax evasion emanating from fake invoices and irregular tax credit claims,” Rajat Mohan, AMRG & Associates Senior Partner said.

Senior citizens above the age of 75 years, who only have pension and interest as a source of income will be exempted from filing the income tax returns, starting from 1 April. The exemption from filing income tax returns would be available only in case where the interest income is earned in the same bank where pension is deposited, confirmed Archit Gupta, founder and CEO, ClearTax.

It must be noted that the senior citizens who are above 75 years age, are not exempted from paying tax but only from filing income tax return (ITR) if they are eligible to certain conditions.

Till 31 March 2020, the dividend received from Indian companies as well as mutual fund schemes were tax free in your hands as the tax was on the dividend or income distributed was paid by the company or the mutual fund, said tax expert Balwant Jain. However, the Budget of 2020 had removed the exemption on dividend income and has made the same taxable in your hands. In case the amount of dividend paid to you exceeded ₹5,000 the company or the mutual fund houses would have deducted tax while crediting the dividend to bank your account, he said, adding urging tax payers to verify the amount of tax deducted on dividend paid to you from Form no 26AS. “In case any TDS is reflecting in your form No. 26AS, you need to gross up your dividend income by adding the amount of tax deducted to the amount of dividend credited in your account for proper and correct disclosure of your taxable dividend income. This exercise has to be done well in advance for ensuring timely filing of the ITR,” he said.