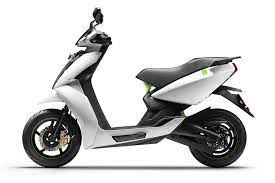 Electric scooters have now come a long way since their humble beginnings. They now boast of a good range and decent performance. With time, more and more manufacturers are getting into the electric scooter business, and this could pose a challenge for buyers when it comes to making a purchase decision.

Hero Electric is considered a pioneer in the electric scooter business in India. The brand started off by launching some basic and bare-bones electric scooters. Over the years, Hero Electric’s scooters have become more premium and they make for a brilliant ride around town. Hero Electric has a number of models on sale with varying levels of range and performance.

The brand has more than 500 dealerships and service centers across the country, spread across 25 states. More than three lakh customers have so far purchased Hero Electric’s scooters like Flash, Optima, Nyx, etc. The brand also has a few more electric scooter launches lined up in the near future.

Ather Energy has launched several variants of its scooters over the years and is also developing more scooters that will be launched in the coming days. The brand currently retails the Ather 450X electric scooter.

3. Okinawa Scooters Okinawa is an Indian EV manufacturer that aims to be the No.1 electric scooter manufacturer in the country. Okinawa’s EV journey began in 2015. The brand established a production facility in Bhiwadi, Rajasthan in 2016. In 2017, it launched the Okinawa Ridge and the Okinawa Praise. Over the next couple of years, more variants of the two scooters were launched. Okinawa recently launched the R30 and the Lite and is now all set to launch its first electric motorcycle. The brand has shown lots of promise and has come a long way in a short span of time. More products are set to come out from the Okinawa factory in the upcoming months.

4. BGauss BGauss is a lifestyle electric scooter brand from the house of RR Global who have built a name for themselves by being in the electrical business for over 35 years. BGauss revealed two electric scooters, namely the A2 and B8, in 2020. Equipped with top-notch electronics, the scooters are built with state-of-the-art technology and sleek design, making them very futuristic. Electric scooters from BGauss show a lot of promise and the brand plans on launching more in the future.

The company and its scooters certainly have a promising future, thereby making them a highly trustworthy electric scooter brand.

5. Ampere Electric Ampere is among the leading electric scooter manufacturers in India. It makes a variety of electric scooters targeted at different buyer mindsets. Ampere Vehicles was formed in 2008 and three new electric scooters were launched in the very same year. More models were launched over the coming years. Ampere Vehicles currently sells the reo, Reo Elite, V Series, M Series, Zeal EX, and Magnus Pro. Top speeds vary from 25km/h to 55km/h and range varies from 65 kilometers to 90 kilometers. More models are expected to be launched in the coming days.