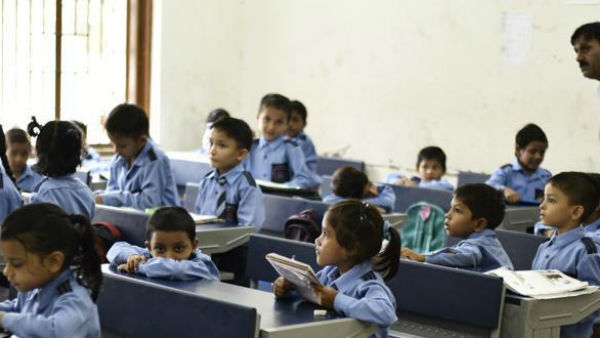 A survey by community engagement platform LocalCircles has found that only 25 per cent of parents are willing to send their children to school in April, and that 73 per cent believe that schools should be only reopened if there are less than 100 active cases in a district.

Fears over rising Covid-19 cases has led to a dip in confidence among parents in sending their wards back to school, with some even questioning the feasibility of holding the upcoming board examinations offline, results from a survey conducted in Delhi showed.

A survey by community engagement platform LocalCircles has found that only 25 per cent of parents are willing to send their children to school in April, and that 73 per cent believe that schools should be only reopened if there are less than 100 active cases in a district. The percentage of parents hoping for schools to resume offline classes was 73 per cent in January.

For the first time since the beginning of the pandemic, the percentage of those unwilling to send children to school had, in fact, reduced earlier this year, with a drop in cases across the country and the announcement of dates for the 2021 CBSE Board examinations. But those fears have resurfaced over the recent surge, according to Local Circles.

“Since April 2020, the platform has been collecting responses from parents on school reopening and online classes… After a clear ‘NO’ to school reopening by a majority of the parents for almost 8 months, it was in January 2021, that for the first time, LocalCircles observed a drastic change in the opinion of parents. In late January, 67 per cent parents expressed willingness to send children to schools as daily COVID cases in India hit an all-time low at approximately 10,000 cases per day,” a report on the survey read.

With CBSE board exams scheduled to begin next month in the offline mode, the report also noted that the “feasibility of conducting the board exam both online and offline deserve consideration”.

In Delhi, in the last week, there have been several reports of school teachers and students contracting Covid. Nine students of Arya Kanya Gurukul in New Rajendra Nagar tested positive for Covid, as did the principal and some staff members of DAV Shreshtha Vihar, and a test was rescheduled at N.C. Jindal Public School in Punjabi Bagh after a student tested positive.

“We have been expressing concern about our children but teachers and principals are also falling ill. The government should act on this and all remaining exams should be conducted online. In fact, it should also be considered to conduct the board examinations online,” said Delhi Parents’ Association president Aprajita Gautam.

As of now, most private schools in the city have finished conducting their final exams for class IX and XI students. Class X and XII students in government schools are writing their pre-board exams, and students of those grades in private institutions are visiting schools to consult their teachers and complete their practical assignments.