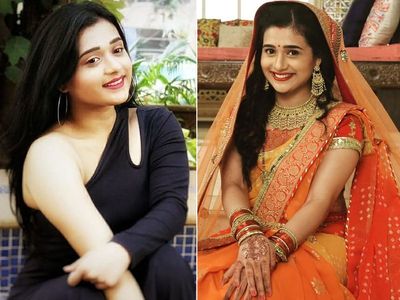 Sasural Simar Ka’ is all set to return to the small screen with a new season on Colors channel. The daily soap will launch on April 26 at an early evening slot. While Dipika Kakar played the lead in the first season, Radhika Muthukumar will essay the titular role in ‘SSK 2’.

Did you know TV’s new Simar aka Radhika Muthukumar is married in real life? The actress tied the knot in March 2020 just before COVID-19 lockdown was announced.

Radhika Muthukumar will be seen playing the lead role in ‘Sasural Simar Ka 2’. The makers have released a new promo featuring the actress on social media.

Dipika Kakar was also married to her former husband Raunak Samson when ‘Sasural Simar Ka’ was launched. Here’s a photo of Radhika with her husband Abhishek!

Sasural Simar Ka 2 will also star Avinash Mukerjee and Tanya Sharma in key roles. Jayati Bhatia, who played the role of Maataji in first season, will be seen as Gayatri Devi in ‘SSK 2’.

Radhika played the role of Panjiri in Star Bharat’s ‘Kya Haal, Mr. Paanchal’. It remains to be seen if she manages to impress the viewers in ‘Sasural Simar Ka 2’ or not.

TV’s original Simar aka Dipika Kakar shared her first look on social media along with the caption, “Loving the freshness around me!!! Just Beautifullllllll Place.” The first season of ‘Sasural Simar Ka’ ran for close to seven years on the small screen. Will the new season replicate the success of ‘SSK’? Only time will tell. (All PICS Credit: Instagram)