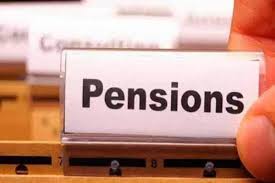 Since the age limit was raised from 60 to 65 three years ago, around 15,000 people above 60 joined the scheme, informed PFRDA chairman Supratim Bandyopadhyay.

With an aim to increase the subscription base, the National Pension System (NPS) is looking to increase the age of subscribers up to 70 years from 65. Pension Fund Regulatory and Development Authority (PFRDA) also aims to introduce a guaranteed pension scheme and allow full withdrawals up to Rs 5 lakh on maturity.

Since the age limit was raised from 60 to 65 three years ago, around 15,000 people above 60 joined the scheme. PFRDA chairman Supratim Bandyopadhyay informed about the developments at a virtual press conference

According to the proposed move, subscribers who join after 60 can continue their NPS accounts till 75 whereas the maturity age will remain 70 for others, as per the Mint report. At present, the NPS, a defined contribution system, which allows the fixed contribution to NPS, offers the maturity amount depending on the performance of the pension funds.

The authority plans to invite bids for designing a guaranteed pension scheme in the next 15-20 days.

The fresh rules will be soon issued allowing those investors saving up to Rs 5 lakh in the NPS to take the whole amount at retirement. The need to raise the lump sum withdrawal limit from Rs 2 lakh at present is driven by the meager annuity returns.

On the other hand, the authority which had recently invited applications to issue fresh licences for pension fund managers will consider opening a second window of around 45 days for new applicants.

Based on this experience, the regulator will go on to introduce an ‘on tap’ licensing system which will allow applications to be made and processed all through the year.