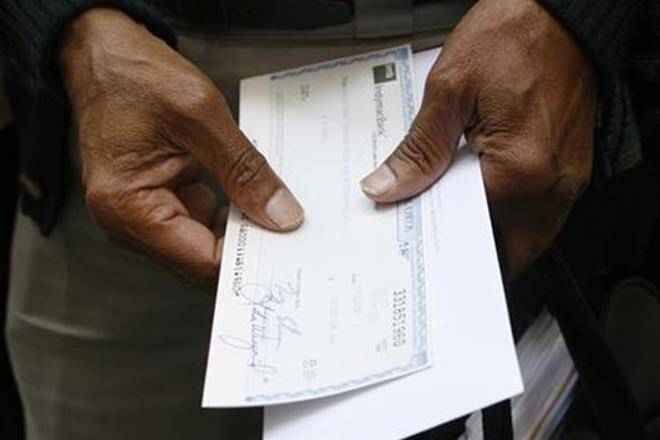 The SC said that over the years, courts have been inundated with cheque bounce complaints which could not be decided within a reasonable period and “this gargantuan pendency of complaints … has had an adverse effect in disposal of other criminal cases.”

To ensure speedy disposal of more than 35 lakh cheque bounce cases pending in various courts, the Supreme Court on Friday gave a number of directions, including asking the government to amend the laws to allow clubbing of multiple trials in cases filed for a same transaction against anyone.

To avoid multiplicity of proceedings and to reduce the burden on the docket of the criminal courts, a five-judge Constitution Bench led by Chief Justice S A Bobde recommended that “suitable amendments” be made in the Negotiable Instruments Act for provision of one trial against a person for multiple offences under Section 138 committed within a period of 12 months.

Of the 2.31 crore pending criminal cases, 35.16 lakh relate to dishonoured cheques. The reason for the backlog of cases, according to amici curiae, is that while there is a steady increase in complaints every year, the rate of disposal does not match the rate of institution of complaints.

The SC said that over the years, courts have been inundated with cheque bounce complaints which could not be decided within a reasonable period and “this gargantuan pendency of complaints … has had an adverse effect in disposal of other criminal cases.”

Stating that undue delay in service of summons is the main cause for the disproportionate accumulation of complaints under Section 138 before the courts, the judges requested the high courts to issue practice directions to the trial courts to treat service of summons in one complaint pertaining to a transaction as deemed service for all complaints filed before the same court relating to dishonour of cheques issued as part of the transaction.

It directed that the HCs may issue practice directions to the magistrates to record cogent and sufficient reasons before converting summary trial to summons trial in exercise of power under the second proviso to Section 143 of the Act. Even the examination of witnesses should be permitted on affidavit and only in exceptional cases, the magistrate may examine the witnesses personally, it said.

On March 5 last year, the top court had registered a suo motu case and decided to evolve a concerted and coordinated mechanism for speedy disposal of such cases. It had appointed senior advocate Siddharth Luthra and advocate K Parameshwar as amici curiae.

The SC had sought the Centre’s view on creating additional courts to deal with cheque bounce cases. However, the Centre, through the Department of Financial Services (DFS), had dismissed the suggestion. Instead of setting up additional special courts, the DFS had suggested measures like capping the maximum number of hearings.