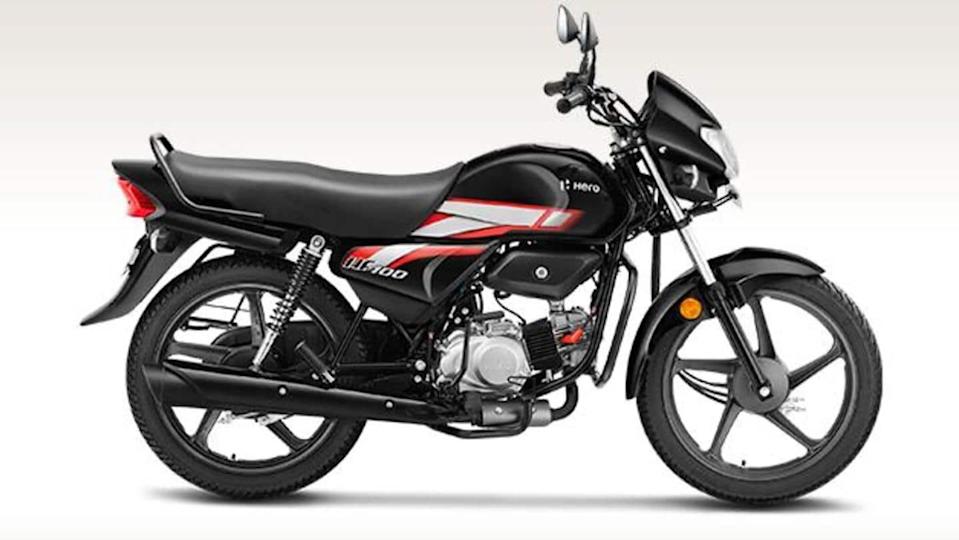 At this price point, the newly launched bike will aim to give Bajaj CT100 a run for its money in the 100 cc commuter motorcycle segment.

Hero MotoCorp has launched HF 100 at a price of Rs 49,400 (ex-showroom, New Delhi) to add a new entry-level commuter motorcycle to its impressive range of bikes. At this price point, the newly launched bike will aim to give Bajaj CT100 a run for its money in the 100 cc commuter motorcycle segment.

Notably, the HF 100 is the most affordable motorcycle in Hero’s lineup and is similar to the HF Deluxe design-wise. It appears like the firm has done some cost-cutting to carve out HF 100 from the HF Deluxe model.

The bike comes with 18-inch alloy wheels along with tubeless tyres. Surprisingly, the bike doesn’t have an electric start, meaning that you’ll have to kickstart the bike every time. The 130 mm drum brakes on both wheels ensure a safe ride.

Overall, the bike is painted mostly black, including parts such as the handlebar and pillion grab rail. Hero HF 100 is packed with a 97.2cc, air-cooled, single-cylinder unit engine that is also found in HF Deluxe. The engine generates a peak power of 8.02 PS and a maximum torque of 8.05 torque.

The bike, however, doesn’t offer many features, but that is justified because of the price point at which it is launched. The bike by Hero comes with a 4-speed gearbox and a 9.1 litres fuel tank, which is a tad bit smaller than the one equipped in HF Deluxe.

The bike has a ground clearance of 165 mm and comes with a seat height of 805 mm. In terms of weight, it is slightly heaving than HF Deluxe, as its kerb weight is rated at 110 kg.