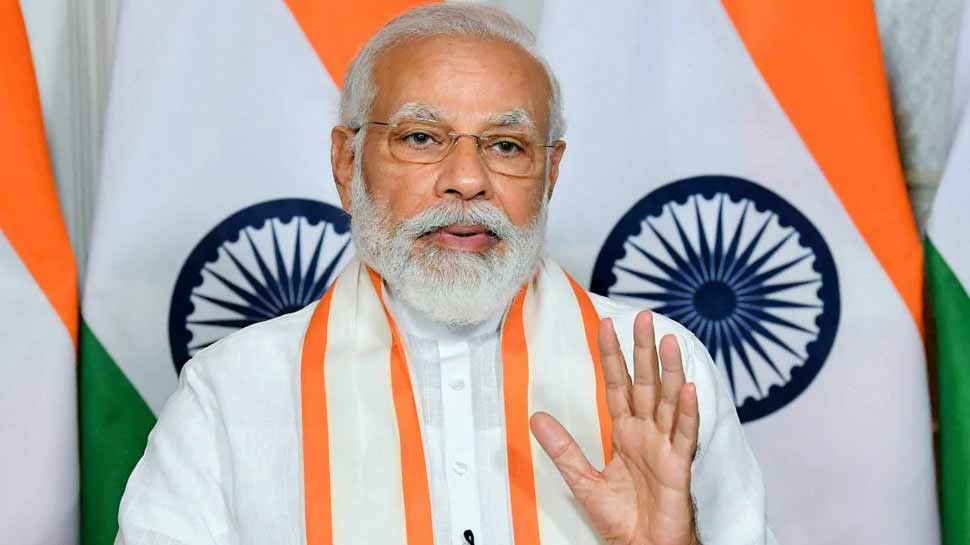 Commerce and Industry Minister Piyush Goyal said the government has been fighting a battle against the disease without any discrimination and “politics should not be done on the issue”.

New Delhi: Union Minister Piyush Goyal on Sunday (April 18) stated that the union government is working round-the-clock to support the states in COVID-19 management amid an unprecedented surge in infections in the country.

The Commerce and Industry Minister also said that the union government has been fighting a battle against COVID-19 without any discrimination and “politics should not be done on the issue”.

Piyush Goyal, while outlining the Centre’s dedication in the fight against COVID-19, stated that Prime Minister Narendra Modi is working for 18-19 hours a day. Adding that PM Modi reviewed the situation of the pandemic in India after returning from the campaign in West Bengal.

Expressing his concerns over the opposition’s motive, Piyush Goyal, in an apparent reference to Congress President Sonia Gandhi and the NCP leader’s remarks, said he felt bad at attempts to give political colour to the issue.

Read more:What to do If You Are in Isolation at Home or Looking After Someone Who is: BMC’s Full List of Guidelines

“Politics should not be played over this (COVID management). The central government has been fighting a battle against COVID-19 without any discrimination. I felt bad when some people and a prominent political party tried to give political colours to the issue,” Goyal said.

“The Centre is working round-the-clock to support the state government in COVID management. The Prime Minister is working for 18-19 hours. After returning from the campaign, he reviewed the situation of the pandemic in India. He called me at 1 am (yesterday) to take details of the situation,” Goyal said.

The Union minister also took a dig at opposition leaders by saying, “the leader who is unable to run the government efficiently needs to worry about presenting their work”.

The minister also added that a green corridor is being created for the fast movement of Oxygen Express Trains to facilities for the smooth transport of oxygen to states amid the surge in COVID-19 cases.

Read more:Coronavirus second wave: Do not ignore these COVID-19 symptoms even if you don’t have fever and cold

Additionally, Maharashtra Minister and Nationalist Congress Party (NCP) leader Nawab Malik also questioned Centre in a tweet on Saturday over the available resources to fight the COVID-19 situation in the country.  Nawab Malik in his tweet called upon Goyal to tell how much oxygen is produced in our country and how much oxygen has been given to Maharashtra.